This Bebe Rexha Madness Has To Stop 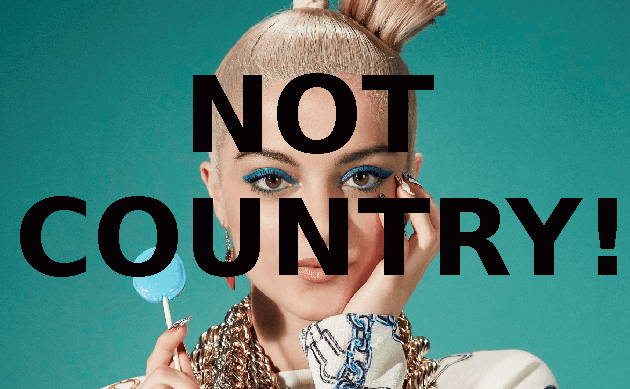 Bebe Rexha and her song “Meant to Be” with Florida Georgia Line has officially become to sum of all the fears for the encroachment of pop into country. It is the full realization of all the concerns that were addressed when Billboard changed its chart rules in 2012 to include pop spins on the country charts. “Meant To Be” has already officially become the scourge of country music in 2018, and all indications are that we are just getting started with the records it will break, and the chaos it will sow before it begins to lose steam.

Now spending its 14th week at the top of the Billboard Hot Country Songs charts, “Meant To Be” officially becomes the biggest song for a woman in the 70 year history of the country music genre, at least according to Billboard. This distinction doesn’t lie with Loretta Lynn. It doesn’t lie with Tammy Wynette or Dolly Parton, or Carrie Underwood, Miranda Lambert, or the scores of other women who devoted their entire lives to the genre. No, it belongs to Bebe Rexha, who initially recorded and released this song as pop and pop only, with no intention of calling it country, only later to flip a switch and send it to country radio for it to completely rewrite the history books.

“Meant to Be” had already surpassed all of the other records for solo women performers on the Hot Country Songs chart. But at its 14th week, it now beats out Little Big Town’s “Girl Crush” as the song that involves any female performer in any capacity topping the charts for this long. Think about all the songs from women whose profiles are affixed to the walls of the Country Music Hall of Fame. Think about the dozens of today’s performers who’ve devoted entire years of their lives to radio tours, driving from station to station to try and ingratiate themselves to the country music industry, to still have their singles ignored by the format.

Bebe Rexha has truly done nothing in the country genre to earn this distinction. Even when Florida Georgia Line was coming up, and was positively exploding in popularity due to their massive single “Cruise,” the powers that be in country music forced them to go on a club tour to pay dues, and prove they could make it on the stage night in and night out before handing them the keys to stardom. Florida Georgia Line had to play Billy Bob’s in Ft. Worth. They played rooms like the House of Blues. The dates sold out immediately and it was mayhem because they could have been packing arenas at the time, but they did it to prove their dedication to the music.

Bebe Rexha? She has truly done nothing at all. How was this allowed to happen? How did we get here? And anyone with half a brain could see where this single was headed. Saving Country Music predicted this very scenario when “Meant To Be” shot up to #1 on the Hot Country Songs chart its first week. Now the future of the song only continues to brighten as it slowly makes its way up the country music radio charts, continuing to add points for itself in Billboard’s Hot Country Songs algorithm, even if streaming consumption and downloads slow down. A full page add just appeared for “Meant To Be” in this week’s Country Aircheck, indicating they are deeply devoted to bringing this song to #1 on radio, but slowly as to maximize its reign on Hot Country Songs.

“Meant to Be” could very easily have another 6 to 12 weeks in it on top of the Hot Country Songs chart at the least, shattering even more records. And now it’s been announced that Bebe Rexha will be one of the performers on the ACM Awards in mid-April, giving the song another boost, and once again bumping an actual country artist off the stage to make a spot for a pop performer.

Also, right now there are zero songs in the country radio Top 25 that are performed by country women. “Meant to Be” is the only song at the moment performed by a woman in the Top 25. Bebe Rexha gives radio programmers the excuse to exclude other women performers from the radio format. Don’t buy what Maren Morris and others are saying. For a third time, Maren Morris has gone on record proclaiming things are improving for women in country, telling Taste of Country recently, “It’s a slow process, but I think it is getting better.” No, it’s never been worse. Ever.

And what are we supposed to do from here? Billboard can’t, and won’t take “Meant To Be” out of eligibility now that it’s been included on the Hot Country Songs chart for so long. The curse is cast, and it will forever be etched in this history books as one of the biggest country songs ever—a song by an artist not even claiming to be country like Sam Hunt.

It’s an abomination on so many levels, and nothing can be done about it. But perhaps Bebe Rexha and “Meant To Be” can be used as an example why reasonable and intuitive rules tweaks to the Hot Country Songs chart need to be implemented to protect country artists and the legacy of the genre from these incursions by opportunistic carpetbaggers from other formats. Or, any success a song finds on the Hot Country Songs chart will be rendered meaningless and irrelevant because of the precedent Bebe Rexha and “Meant To Be” has set.

Billboard, The CMA, anyone. For the love of God, doing something about this.