Willie Nelson Dedicates An Album “To All The Girls…” 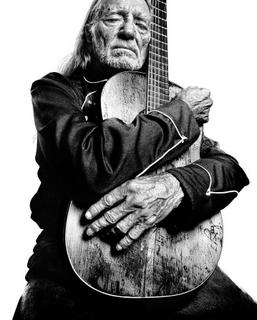 I remember back in the early 90’s, someone told me they had done a complete archival scan of Arnold Schwarzenegger’s body using lasers, so that even in the future he could star in action movies. I’m not sure if that was an urban myth or not, and certainly the technology to pull off something like that would be in much better order today than when Arnold was starring in Terminator 2. But whatever the technology was then, and whatever it is now, they really should employ it and in full measure towards making sure the sound of Willie Nelson’s voice, and that earthy tone of his guitar Trigger never disappear from the face of the earth. Because few things can make that warm feeling roll over you from head to toe like Willie.

To All The Girls is Willie Nelson’s third album to come from his recent partnership with Sony’s Legacy Recordings, and the second to come out this year. The record features an ample 18 tracks, each constituting a duet with a female counterpart drawing from a wide swath of talent that includes both legacy names like Loretta Lynn and Emmylou Harris, and some new names like The Secret Sisters and Brandi Carlile. The pairings alone are enough to make the country music listener salivate, while the variety of names passively bridges tastes and segments residing under country music’s big tent.

Though Willie Nelson doesn’t make the easiest duet partner because of the unusual phrasings he uses—a trait that over the years has become his signature (and continuously more pronounced)—Willie, each of his dance partners, and producer Buddy Cannon do a good job arranging the singing parts to where Willie could still call on his avant-garde phrasings, yet the duet could come across seamless. The vocal performances are superb, and the 18 ladies on To All The Girls illustrate just how much female talent country music boasts, regardless of how rarely their names may show up on the top of the country charts these days.

But despite the names and the commendable performances, To All The Girls is a somewhat sleepy as a whole. This may seem unconscionable to say with so much star power, but out of the 18 songs, only 2 could be characterized as residing in the mid tempo, and only two as up tempo. The rest are slow to very slow, and sparse, and though no one song could be singled out as being a snoozer, taken all together they can become the sonic equivalent of Unisom. Even the most up tempo track, the re-cut of Willie’s “Bloody Mary Morning” with Wynonna Judd features some amazingly hot guitar, steel, and piano solos, but they get somewhat buried in the mix almost as to not be an interruption. 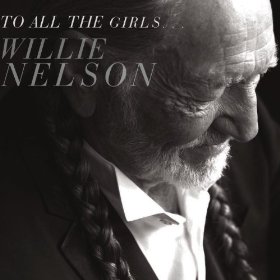 There isn’t really a lot of texture or spice between the tracks, except for maybe the Spanish feel of “No Mas Amor” with Alison Krauss, or the Motown feel of the duet with Mavis Staples, “Grandma’s Hands.” Maybe this album was built more for the digital age to be cherry picked by respective fans of the guest artists instead of trying to take it as a whole, but by the end you wish this album could have been condensed into fewer tracks so it would result in some more memorable moments.

Did we really need 18 songs? Any time you can pair Willie Nelson with Dolly Parton, magic will happen. The songs are not the problem, though there are quite a few recognizable covers. It’s that the instrumentation that varies very little. I know, the  music varies very little on Red Headed Stranger as well, but this album isn’t trying to take a conceptualized approach.

Willie Nelson started off his new deal with Sony utilizing producer Buddy Cannon on the album Heroes, which really showed a lot of vitality from the Willie camp, and was arguably one of his best albums in years. But one small thing that saddled the album as I explained in my review was the excessive collaborations that made the album feel a little too busy. Another Buddy Cannon-produced album, Jamey Johnson’s Living For A Song, A Tribute to Hank Cochran, drew a similar observation, and I even linked back to Willie’s Heroes review for context.

It [“Living For A Song”] makes the same mistake Willie Nelson’s last album Heroes does of having too many guests. And may I point out that both albums were produced by Buddy Cannon. Like I said about “Heroes”:

Where the album may come across as too busy or unfocused is the amount of contributors to each composition, and to the album as a whole”¦Sure, many of these names we love, but there’s too many of them, diverting focus from any one pairing or performance.

And once again here is a Buddy Cannon-produced album that leans very heavily on collaborations and cover songs. Willie Nelson can still write and select good, original songs, and we saw that with Heroes. What I’m worried is we’re seeing an approach to sell albums creep into the album making process,  loading albums up on celebrity names that can later be used in promotional copy, or maybe trying to make up for what is perceived as a lack of appeal for Willie alone. Somewhere the music may have gotten lost as the most important thing.

But that’s not to take away from any single To All The Girls song. Maybe it’s because “Always On My Mind” is such a timeless tune, but this duet with Carrie Underwood kills it. “Grandma’s Hands” with Mavis Staples carries a lot of depth and meaning, maybe because Willie was  himself raised by his grandmother. The Western swinging “Till The End of the World” with Shelby Lynne was a real standout, and so was Willie’s duet with his daughter Paula Nelson singing the CCR song “Have You Ever Seen The Rain.” And though Willie may have played “Bloody Mary Morning” 10,000 times by now, this might be the recorded version that is the best.

To All The Girls is a brilliant concept. I just wish a little more care would have been taken with the type of names and star power it assembled to really try to make a new generation of Willie classics and introduce him to a new generation of listeners through the names that lent their time to the project. But as well have all learned over the nearly 60-something years of his career, when it comes to Willie, the sound of his voice and that earthy tone from Trigger is enough to raise goosebumps all on their own.

Preview & Purchase To All The Girls…