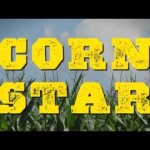 What a banner year it has been for bad songs in country music. After 2011’s “Red Solo Cup” by Toby Keith and Jason Aldean’s country/rap “Dirt Road Anthem” the bar has been raised for how low you must go to get attention for your twilighting music career. I’m sure there’s even worse songs out there, but all of these selections were actually released as singles; put out there for mass consumption. Put a clothesline clip on your nose, a paper bag on your knee, and dive in…if you dare.

Little Big Town does its level best to shipwreck country music by jettisoning off any and all country roots and twang and inviting on board the most unabashed pop culture imagery and materialism in this stupid summer lake song. The only time a pontoon like this should make an appearance in country is when a bass boat is trolling by and its redneck occupants drop trow and moon these martini-sipping elitists. The eardrum-raping “tings” that make up the idiotic hook for this song sound like the noise that Satan would evoke when perpetually pulling out your pubic hairs one by one as the punishment for eternal damnation.

I hear mention of “motorboating” but unfortunately none of the sea hags in Little Big Town are endowed fully enough to pull the trick off. No, it’s not the choppy water, it’s this song that is making me want to blow chunks overboard.

Shooter takes the ‘O’ out of country and pulls a Benedict Arnold by teaming up with pop country also-ran Bucky Covington (aka “The Nickeback of Country Music”) in this positively awful pop song. Not even Kenny Chesney has stooped to this level of music vapidness in his otherwise vapid career. Shooter has his Kool-Aid-drinking apologists selling out every one of their principles to defend their country music savior while he ca$hes in by the elevation of his cult of personality.

Want to know how pop this video is? It got 1 million hits in one day, more hits than any video Shooter has ever received during its entire lifespan. As we all know, sex and shitty music is what sells to the masses, and that’s what Bucky and Shooter deliver here. Oh and let’s not forget they changed the “Outlaw” lyric in the song so Shooter wouldn’t look like a hypocrite.

But all of this is forgivable, because hey, Shooter kissed my ass when I met him once.

I’m still waiting for someone, anyone to explain to me exactly what the hell “Drinking Side of Country” actually means. Anybody?… Anybody?…Bueller?

You know your song is lame and unimaginative when Mother Goose is suing you for royalties and mechanicals. There’s something about a truck? There’s something about some pop country douche in a backwards baseball cap ripping off the nursery rhyme “Hole in the Bottom of the Sea” accompanied by Richie Sambora-style stratocaster guitar that makes me want to insert a corkscrew into my earhole and start turning.

Apparently this song is about getting laid by some shallow chick. “On one occasion, [my car] broke down, so I asked my dad, ‘Pop, I need your truck.’ He said sure, so I took it to pick her up … It was like I picked up a whole other human. She was vibrant and all about me; she was all over me from the beginning of the date.”

But the girl that night discovered what the girl in the red dress in the video soon will: Kip Moore has no penis.

If you think “Corn Star” is funny, then the joke’s on you.

“Truck Yeah” picks up where Jason Aldean’s country/rap “Dirt Road Anthem” left off, blurring the lines between country and rap until you’re left with “crap”. Worst country song ever? Well see, we’re still early in “Truck Yeah’s” life cycle, but McGraw’s undeniable sellout moment and cry for relevancy debuted as his best single ever and is slowly making its way up the charts.

“Rap or country, city/farm, it don’t matter who you are…Are you one of us?”

All hail the death of variety, diversity, and contrast in popular American music!