Yes, George Strait Is Receiving a Songwriter Award. And He Deserves It 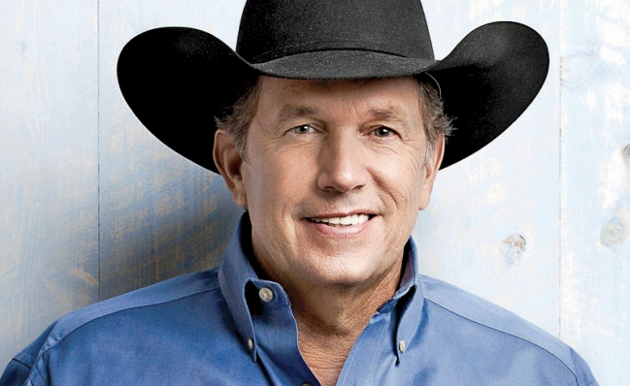 You won’t find many country music fans who have a discouraging word to share about “King” George Strait. But the one point of contention some have brought up in rebuttal of Strait’s greatness over the years has been that he doesn’t write his own songs. This opinion deserves a little context of course. It’s certainly true that Strait has not been very prolific as a songwriter in his career. But he has written more than what he tends to get credit for. “I Can’t See Texas From Here” is one of the best songs from his second album Strait From The Heart, and was written by Strait himself. On his latest record, the #1 Honky Tonk Time Machine, George co-wrote eight of the album’s tracks.

But less face it, George Strait is not a songwriter in the normal sense, and even less so than some other country legends known for penning only a few of their hits like George Jones, Tammy Wynette, or Waylon Jennings. Huge artists like Alan Jackson and Merle Haggard who wrote most of their own material are the exception, not the rule.

But that doesn’t mean that George Strait hasn’t contributed incredibly to the songwriting community, and that’s what the naysayers overlook when railing on Strait for simply being a performer. Without George Strait, critically-important songwriters to country music such as Dean Dillon and Jim Lauderdale may have never had careers, or been able to focus on the craft of songwriting like they did, penning some of the genre’s most legendary tunes. Strait’s talent was knowing a good song when he heard one, and then singing the hell out of it like only he could. The amount of behind-the-scenes songwriters and independent performers who owe the roof over their heads to George Strait number in the dozens.

That is why the The Nashville Songwriters Association International (NSAI) has decided to honor George Strait this year. He will receive the NSAI’s 2019 President’s Keystone Award, in “recognition of his contributions toward the betterment of all songwriters.”

“George Strait is the perfect recipient of the NSAI President’s Keystone Award,” says NSAI President Steve Bogard. “The Keystone is the ‘central stone at the summit of an arch, locking the whole together.’ His delivery of a great melody and that perfect phrasing that communicates the emotion in a lyric is the ultimate last step in bringing so many incredible records to his fans. We’re honored he’ll be with us.”

George Strait will receive the award the Nashville Songwriter Awards on September 17 at Nashville’s Ryman Auditorium. Loretta Lynn will also be honored with the Kris Kristofferson Lifetime Achievement Award for her contributions to the American songbook and inspiring the careers of others. Set to perform on the night are George Strait songwriter Dean Dillon, Reba McEntire, Dierks Bentley, Chris Janson, Lee Brice, David Lee Murphy, Michael Ray, and (gulp) Sam Hunt (perhaps part of his move to traditional country?).

Artists who write their own iconic songs will always have that additional level of prestige and respect from fans. But picking the best songs and performing the definitive rendition is an art to itself, and one arguably nobody has done better in country music history than George Strait.