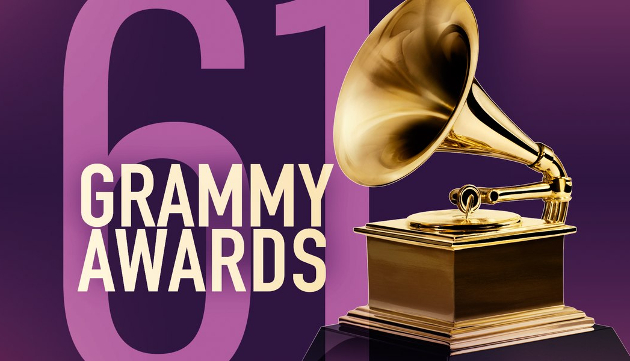 Make sure to join Saving Country Music for the Grammy Awards LIVE blog during the presentation.

It could be a big year for country and roots with so many country and Americana artists nominated in the all-genre categories, specifically Brandi Carlile, Kacey Musgraves, Margo Price, Luke Combs, and Maren Morris. This is not your average Grammy year for country rooting interests.

Dolly Parton will be the guest of honor at the 2019 Grammy Awards, being paid tribute by both the Recording Academy, and in a performance by Kacey Musgraves, Little Big Town, Maren Morris, and Katy Perry. Dolly Parton will participate in the performance as well. Parton was also the 2019 MusiCares honoree. It’s a rare treat to see a country icon paid prime tribute on the Grammy awards.

Brandi Carlile very well could be the story of the 2019 Grammy Awards. Up for six total awards including the all-genre Album of the Year, Record of the Year, and Song of the Year, this could be the moment she’s been working towards for nearly two decades. A big evening for an Americana artist is not unprecedented. Ten years ago, Alison Krauss and Robert Plant won five Grammy Awards for their album Raising Sand, including Album of the Year. A big night for Brandi Carlile could be a big night for Americana and independent country.

Kacey Musgraves also has the opportunity for a big night, up for the all-genre Album of the Year, along with Best Country Album (which she’ll likely win), Best Country Song for “Space Cowboy,” and Best Country Solo Performance for “Butterflies.” Like Brandi Carlile, Musgraves could win early during the premier ceremony, and late during the televised portion. A good 2019 Grammy Awards could also give a big boost to Kacey’s new radio single, “Rainbow.”

Margo Price is probably a long shot for Best New Artist in such a crowded field this year, unless vote parsing puts her in a dark horse position. But she is already a winner with the all-genre nomination. So is Luke Combs, who is also a likely outlier with all the attention being paid to diversity this year, and with so much other attention to country artists in all-genre categories.

Bebe Rexha, Florida Georgia Line, and “Meant To Be” better not win for Best Country Duo or Group Performance, especially after the petulant tirade Bebe Rexha pulled earlier in the week.

Maren Morris is heavily nominated, but mostly for her pop song “The Middle” with Zedd, and the dubious nomination of a Elton John cover song “Mona Lisas and Mad Hatters” for Best Country Solo Performance. If she wins big, it will be for her role as a pop star, not a country performer. However her nomination for the song “Dear Hate” with Vince Gill for Best Country Song is a worthy nomination, and would make for a good winner.

Politics will possibly be the biggest player in most of the eventual winners, just like it was for many of the nominees of the 2019 Grammy Awards. The Grammys are looking to diffuse criticism for not being inclusive enough, and will look to do everything they can to appear open-minded and diverse. However that doesn’t mean the eventual winners won’t be worthy, if the Recording Academy chooses the best in the categories regardless of race, sex, or sexual orientation, as opposed to using these things explicitly to choose the winners. There are a lot of worthy nominees in this year’s Grammy Awards, politics aside.

Kacey Musgraves, Little Big Town, Maren Morris, and Katy Perry will perform a tribute to Dolly Parton, with Dolly also participating. “Here You Come Again” will be one of the songs performed.

Kacey Musgraves is rumored to be performing “Rainbow,” which she has also sent to country radio as her first proper single from Golden Hour.

Dan + Shay will be performing, likely their song “Tequila,” which is nominated for Best Country Song. They will perform on piano and acoustic guitar.