Americana, We Want Jim Lauderdale Back (“I’m A Song” Review) 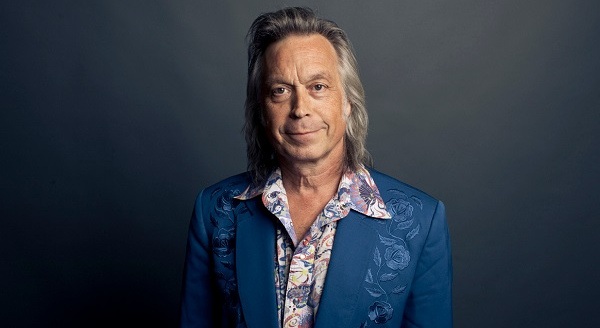 Look, with all due respect to my great friends over in the Americana world, I want to annex Jim Lauderdale back to the cause of country music. By the (self-imposed) power vested in me, I plant a flag in his graying, shoulder-length hair and hereby decree he is country music’s property, only graciously on loan to Americana as an estranged and exiled refugee from the ridiculous environment making country inhospitable lands at the moment for a man of his talent. I know, country music screwed Jim Lauderdale over just as much if not more than anyone else, and he has every right to try and find a more suitable home. And as Americana’s official emcee at most functions, he’s an invaluable asset to the emerging genre. But my goodness, this man can make some damn good country music.

Into state’s evidence I submit Jim Lauderdale’s latest album I’m A Song. Twenty damn songs, and not a slouch in the bunch, and very country. Though Lauderdale has been known to shift back and forth between bluegrass, country rock, and more subdued, acoustic singer/songwriter-type stuff, this here folks is a downright honky tonk album, not cut, quartered, or diminished with any other additives. How in the hell does Lauderdale do this? Being prolific is one thing, but he’s like a songwriting quasar, shifting styles and still spitting out material faster than you can listen to it, and each song barreling you over with the quality and taste exhibited in every point of the music making process.

Just in the last two years, Jim Lauderdale has released five albums, including three as songwriting collaborations with long-time Grateful Dead composer Robert Hunter, and an album with his co-Americana captain Buddy Miller. All these albums had their strirring moments for sure, but I’m A Song is exactly what Jim Lauderdale needed to do: Take a deep breath, and release an album that could have a greater impact on the world outside the sphere that already knows about him; something that had quality and appeal from cover to cover, and in a unified and accessible direction. And not only did he do this, he was still able to include twenty damn songs. Many artists start at twenty and whittle it down to the ten or twelve best. Lauderdale starts with who knows how many, and ends up with twenty, and still with more quality and consistency than most of his competition.

It’s because for such a creative genius, Lauderdale still has a lot of ‘Type ‘A’ Personality’ in his blood. And I’m not just talking about the 23 albums he’s released so far. Take into account all of the studio work and co-writes he’s done for other artists (10 cuts by George Strait alone), and that in itself would encapsulate an entire career’s body of work for many accomplished musicians and writers. That dedication and workmanship has resulted in tremendous output from a man that can be prolific in a way that doesn’t only refuse to cut corners on quality, it sets the standards for the industry and has his peers looking on with admiration. 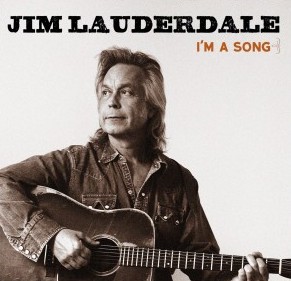 But Lauderdale is too good to just be considered a “songwriter’s songwriter”. I’m A Song proves that. Enough with this “hidden Americana gem.” He deserves a bigger stake in the music consciousness; more name recognition amongst the masses, no matter if his humble disposition naturally precludes him from the spotlight. The world needs Jim Lauderdale’s music. Whether you consider yourself a fan of country or Americana, or roots and even folk music in general, I’m A Song should be in your collection, and at the ready.

I don’t even know where to start taking about these songs since there’s so many of them, and they’re all so great. The title track? Excellent. “A Day With No Tomorrow”, “Today I’ve Got The Yesterdays”, “There’s No Shadows In The Shade”, “The Day The Devil Changed”, “Neon Hearts”; any of these would be the best songwriting track on most any album, yet here they’re just one of many mind-blowing experiences Jim Lauderdale offers up. “End Of The World Rag” is one of the album’s big rocking anthems, and yet the songwriting suffers none. “Doin’ Time In Bakersfield” is an idea that’s been done a thousand times before, and yet Lauderdale still makes it sound fresh.

In fairness, I’m A Song is slightly padded with material heard by the world before, written by Lauderdale and recorded by others, but not so much that it doesn’t feel original, and this is also what gives the album a level of accessibility some of his other albums suffer from. “The King of Broken Hearts” cut by Lee Ann Womack and Mark Chesnutt makes it on the track list, as does the song “I Lost You” once released by co-writer Elvis Costello. Both version here though are superlative, and make some of the best listening 2014 has offered so far.

I’m A Song also speaks to the respect Lauderdale has amongst his peers from the names that showed up to lend a hand. Lee Ann Womack and Patty Loveless contribute harmony vocals to some of the album’s most cutting performances, while Buddy Miller, Stuart Duncan, John Oates, “Cousin” Kenny Vaughan, Dennis Crouch and Al Perkins fill out a cast of players that makes I’m A Song one killer track after another. And folks, it’s twangy, dirty, sweaty, yet still tight and slick in a country sort of way. It’s not refined like you may expect from a record labeled “Americana”, it’s peanut shells on bare wood floors. This is a songwriter’s album first mind you, with co-writing contributions from Robert Hunter, Bobby Bare, and others. But the music here is so incredibly savory you can listen with your brain off all you want and still find yourself completely immersed in the joy of music.

I’m afraid this album may get overlooked simply because many people think of Jim Lauderdale as a known quantity, and because he’s so prolific, it’s hard to choose where to start with him, or to keep up with all of his releases. But I’m A Song should be considered right there with the other top albums of 2014.

In a time when country music is looking for inspiration, Jim Lauderdale and I’m A Song arrive none too soon.

Purchase I’m A Song from Amazon