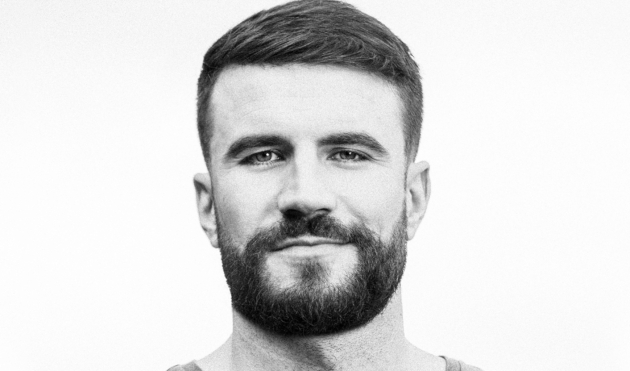 Not all drunk driving arrests are the same, and we’re finding that out in the continued fallout after EDM country artist Sam Hunt was arrested last Thursday morning (11-21) in Nashville for swerving in and out of his lane, and driving the wrong way on a principle highway. Hunt is most definitely not the first country artist to be arrested for driving while intoxicated, and he’s not likely to be the last, even in the modern era when Uber is so readily available, and image consultants beg today’s artists to keep a clean nose. But it’s the details of Sam Hunt’s offense that have people concerned, and now has an important brand distancing from him.

The arrest already resulted in the latest Sam Hunt single called “Sinning With You” getting pulled from the marketplace. Set to be released the day after the arrest, the single has now been postponed indefinitely. But that’s not all. Sam Hunt was scheduled to be the musical performer at the upcoming NASCAR Awards in Nashville on December 5th. Now he’s been replaced with Chris Janson.

Why such the heavy hand for Sam Hunt? The Tennessean released 911 dispatches on Monday (11-26) from the numerous individuals that called police as Sam Hunt endangered the public by driving on the wrong side of the road (listen below). Ellington Parkway in Nashville where Sam Hunt was driving the wrong way is not a surface street. It is a highway built similar to an interstate with flyovers and on/off ramps.

“I’m calling because I was driving on 31E, and there is a car going the wrong direction on the highway,” says one caller. “It was a black SUV. It was on 31E and Trinity. It was driving like there was nothing wrong, and it almost hit me head on. It was just … driving.”

“You’ve got a vehicle running northbound in the southbound lanes on Ellington Parkway hauling some ass,” says another caller.

Police initiated a traffic stop after the calls, and observed Sam Hunt had bloodshot eyes, and two empty beer cans near him. Instead of providing a Tennessee drivers license, Hunt tried to hand police a credit card and a passport. He also admitted to officers that he had been drinking “recently.” Sam Hunt’s blood alcohol level was .173—over twice the legal limit. He was released from jail on a $2,500 bond, and a court date has been set for Jan. 17, 2020. Dash cam video was also taken of the incident, but has yet to be released.

These are not the days of George Jones in country music. Brands like NASCAR, alcohol companies like Budweiser, vehicle manufacturers like Ford, Chevy, and Dodge, they all make up important partners of country artists and labels, and the support of these corporate brands is what keeps radio and festivals alive in the mainstream country realm. These also happen to be brands who run a risk by affiliating with an artist who was driving an SUV the wrong way on a highway while intoxicated.

When country artist Michael Ray was arrested in Florida in 2017 for DUI, he was in a McDonald’s drive-thru line, and accidentally bumped the car ahead of him. When Randy Travis was arrested in 2012 for public intoxication, he was parked at a church. Though no instance of drinking while driving can be seen as good, driving the wrong way on the highway is an especially damning offense. Luckily, there were no accidents associated to the incident, and it happened at roughly 4 a.m. when traffic was light.

Sam Hunt’s efforts at apologizing have also been criticized. Instead of a more in-depth admission of guilt, Sam Hunt sent a perfunctory tweet out that said,

“Thursday night I decided to drive myself home after drinking at a friend’s show in downtown Nashville. It was a poor and selfish decision and I apologize to everyone who was unknowingly put at risk and let down by it. It won’t happen again.”

But the incident didn’t happen on a Thursday night. It happened on a Wednesday night, or early Thursday morning. Sam Hunt eventually deleted the initial tweet, and replaced it with,

“Wednesday night I decided to drive myself home after drinking at a friend’s show in downtown Nashville. It was a poor and selfish decision and I apologize to everyone who was unknowingly put at risk and let down by it. It won’t happen again.”

And the incident couldn’t have come at a worse time for Sam Hunt. Not only was he scheduled to release a new single the day after the arrest, he is currently trying to restart his career after a prolonged period without new music. His debut album Montevallo was the second highest-charting record in the last decade according to Billboard, but was released all the way back in 2014. His current single “Kinfolks” has been climbing the charts ahead of the release of his sophomore record, but may also be in jeopardy. We’ll have to see if radio continues to support the single after the arrest, and if his label continues to promote it. The single currently sits at #11 on the country radio charts.

Sam Hunt has received strong criticism from many country fans over the years for being a pop/R&B/EDM artist impersonating a country star. When he was arrested for DWI, the running joke was that it was the most country thing he ever did. But there is nothing “country” about driving the wrong way on the highway, and endangering the lives of the public. It’s also not a smart career move, especially in 2019 when country works so closely with corporate partners.

The Sam Hunt arrest has already resulted in a pulled single and a lost performance. It’s much too early to declare this incident will smother Sam Hunt’s career, nor does that scenario feel likely. But there are most certainly implications for country music at large due to the severity of the charge, and the star power Sam Hunt carries. His current cycle for releasing a new album will most certainly be delayed at least do some extent, and awards shows and other events may also find themselves distancing from the singer, at least in the short term. And when Sam Hunt’s career is restarted, he may not enjoy the same support he would otherwise if not for the arrest.

Luckily, nobody was hurt or killed in the Sam Hunt drunk driving incident. But it’s likely his career has been significantly injured.