How The CMT Awards Rendered Themselves Irrelevant in 2018 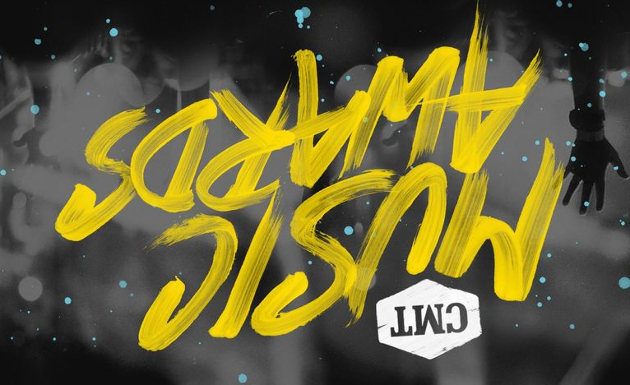 The CMT Awards transpired Wednesday night, June 6th at the Bridgestone Arena in downtown Nashville. Did you notice? Most likely not. Did you tune in and follow along? Even more unlikely. And though hardened hardcore country fans would love to tell you that’s because nobody cares about performances by washed up 90’s bands like The Backstreet Boys, or the ultra-lame Blake Shelton, and “How can you even call Sam Hunt country?!?” … the fact is the 2018 CMT Awards lineup was pretty much par for the course of what country music’s third rail awards show has presented over the last few years. Relying on boy bands to help bolster interest in the presentation may have added to to the malaise, but fundamentally the lack of interest was due to something much deeper than that.

You could also blame a competitive night on television for the low ratings and lack of interest. The NBA Finals certainly took a chunk of the viewing public out of the mix. But that factored into the ratings for the 2017 CMT Awards as well, which went head to head with a more competitive NBA Finals seasons than this year’s has proven to be. Ratings for 2017’s CMT Awards came in at an abysmal 0.32 for adults 18-49, which was down from previous years.  2018’s CMT Awards? They hit an even more abysmal 0.28.

But this isn’t just about ratings. This is about the overall impact of the awards, or the lack thereof. Here the next day, nobody’s really taking about them. There’s no buzz around the water cooler like often proceeds the CMA Awards, The ACM Awards, The Grammys, or the CMT’s in some previous years. What happened at the CMT Awards stayed at the CMT Awards in 2018. And that’s not what you want your awards show presentation to do.

One of the problems for the CMT Awards is pretty fundamental. For music that appears to be obsessed with courting younger, Millennial fans, CMT and Viacom seem to be perfectly ignorant about how those fans interact with media. Many Millennials don’t have cable or satellite. They can’t even DVR something like the CMT Awards to watch it the next day. And the idea that limiting access to the event will entice viewers to call up Comcast and drop $189.00 a month on a cable package when consumers are fleeing paid-for television in droves (barring a few bucks monthly to Netflix) isn’t just wishful thinking, it’s madness.

Streaming the 2018 CMT Awards on the internet may have seemed like a luxury that is unfair to ask for, but CMT has streamed the awards online in the past. Over the last two years, it’s like CMT has been purposely limiting access to the event. And that limited access of the 2018 CMT Awards wasn’t just limited to not providing an online option. CMT chose not to broadcast the awards via CMT Canada this year too. That’s right, CMT’s premier event all year wasn’t even covered by its Canadian affiliate like it has been in previous years. Simulcasting the awards on other Viacom cable properties is irrelevant if you don’t have access to cable in the first place, like a dramatically increasing amount of North American consumers.

The CMT Awards, like every awards show in the modern era, relies heavily on the live and interactive experience to succeed. It isn’t just about the viewers, it’s about the social media buzz the awards generate, which often spawns more viewers as music fans see their social feeds fill up with comments about the performances and winners. For some younger fans, they’d be perfectly happy not watching the CMT Awards on the TV at all, but streaming the event on their phones while they Snapchat with their friends, or tweet live.

Not that Saving Country Music is in the business of handing out free business advice to a dubious awards show on a dying network in a doomed media format, but it certainly is curious how something as grassroots and independent as the Americana Music Awards held at the Ryman Auditorium in September every year can figure out how to give free viewing access to anyone around the world via a live stream, but the CMT Awards find that to be an unnecessary. The online stream is already available to cable subscribers. Making it available to everyone would be as easy as flipping a switch. It’s just one event once a year, and could help promote the network. It’s CMT’s annual infomercial.

After the 2018 CMT Awards, Marty Stuart and His Fabulous Superlatives hosted the 17th Annual Late Night Jam from the Ryman Auditorium, with special guests like Chris Stapleton, Margo Price, and John Prine showing up to participate. Per capita, the social media buzz around that event was probably more than the CMT Awards, and you couldn’t even see it at all unless you were there in person. This may have been an even better scenario than only allowing a select few to be able to tune via their specific cable package.

But again, this isn’t about ratings, or even access. One way you can gauge how little people cared about the CMT Awards in 2018 is the fact that even the show’s detractors didn’t feel the need to take to social media or live blogs to snark about it. Saving Country Music has taken off the previous two years from following along with the CMT Awards. In 2017, it resulted in reams of reader email asking why the awards show snark wasn’t delivered. In 2018, Saving Country Music Headquarters received only one lone email wondering what was up. When even your haters are apathetic, that’s not a positive sign.

Award shows and television itself are already teetering on the brink of irrelevancy when it comes to a shifting media landscape. Still, it’s hard to see the much more respected CMA Awards, or the ACM Awards ever completely going away simply due to the history of the institutions and the attention they receive, even if they face a steady decline in audience in the years to come. But the CMT Awards truly need to ask themselves what they are, and what they’re trying to be, and if there really is enough interest for a third country music awards show each year, especially if so many folks can’t even see it.