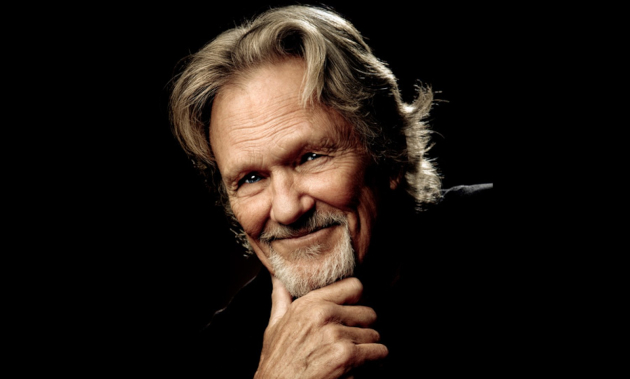 Oh you’ve got to love this.

So the Country Music Association is currently trying to drum up interest for their annual CMA Awards set to be broadcast on ABC Wednesday, November 13th, and have been spending the last week or two piece mealing information out about the performers and presenters and stuff as they do every year. On Tuesday (11-5), The CMA Awards announced the 2019 recipient of the Willie Nelson Lifetime Achievement Award would be none other than country music songwriting legend, Country Music Hall of Famer, well-known actor, and overall beloved character Kris Kristofferson.

Hurray, right? This is the kind of dude the CMAs should be honoring each year as opposed to some of the other phony pop stars who they prop up on stage each November. Who doesn’t love Kris Kristofferson? The Willie Nelson Lifetime Achievement Award was established in 2012 when they first awarded it to Willie Nelson. Other recipients over the years include Kenny Rogers, Johnny Cash, and Dolly Parton. It seems a little strange that they wouldn’t give the accolade to a woman this year to coincide with the celebration of women that the 2019 CMA’s are supposed to be all about. But whatever. Good for Kris!

Oh but wait, Kris Kristofferson is not even going to be there?

That’s right. The 83-year-old is blowing off the 2019 CMA’s and won’t be in attendance to receive is CMA Lifetime Achievement trophy. Instead of walking out on the stage at the Bridgestone Arena in Nashville to receive his award in front of some 20,000 fans while 6 million or so watch along at home, Kristofferson has elected to honor his contract to play the Adler Theater and Apartment Complex that night in beautiful downtown Davenport, Iowa, capacity 2,400. Plenty of tickets are still available through Ticketmastar.

“Kris is a living legend whose impact on our genre has been monumental,” CMA Chief Executive Officer Sarah Trahern said in a press release. “He is the definition of an icon and someone our community holds with such high regard. I’m thrilled our board selected Kris this year for one of CMA’s highest accolades. Though he won’t be joining us at the CMA Awards, I hope our tribute performance brings a big smile to his face.”

What a fart and fall down moment for the CMA’s this is. I don’t care what the excuses or scenarios are, if Kris Kristofferson wanted to be there, he would be there. The show at the Adler Theater and Apartment Complex can be rescheduled, and the ticketholders would be completely understanding. Your little disgruntled country music heart can’t help but think this is Kris Kirstofferson wagging his old, crotchety middle finger at the CMA’s, which has mostly ignored Kristofferson and his contemporaries for decades, and Kristofferson is giving into his Outlaw country urges to say, “Hey, thanks for your mantle piece. Here’s my shipping address.”

After all, this is a guy who once landed a helicopter on the lawn of Johnny Cash to pitch him demos.

But in truth this is probably more about Kris Kristofferson being a gentleman, and wanting to honor his commitments to his fans in Iowa, and spend the night in an intimate setting with people who truly appreciate who he is, and what he’s done for music over the years as opposed to using him as a token. Either way, the CMA’s should have been a bit more forward thinking in how this award was being handed out, either by notifying the Kristofferson camp months ago so the calendar could be resolved, or frankly, they could have given it to someone else who could be in attendance. The reason the CMA’s Sarah Trahern said, “I’m thrilled our board selected Kris this year for one of CMA’s highest accolades...” is a CYA from the CMA’s CEO. These Lifetime Achievement Awards are always more about the performance and presentation than the award itself.

Performing a tribute to Kristofferson on the night will be Dierks Bentley, the ubiquitous Sheryl Crow, the very mild Chris Janson, and John Osborne from Brothers Osborne. They will perform “Me and Bobby McGee.” Fellow Highwayman Willie Nelson will also be in attendance that night performing with Kacey Musgraves, so it could have been a cool moment to see the two remaining Highwaymen reunite on stage.

But it’s seems a lot more cool that Kris Kristofferson won’t be there at all.