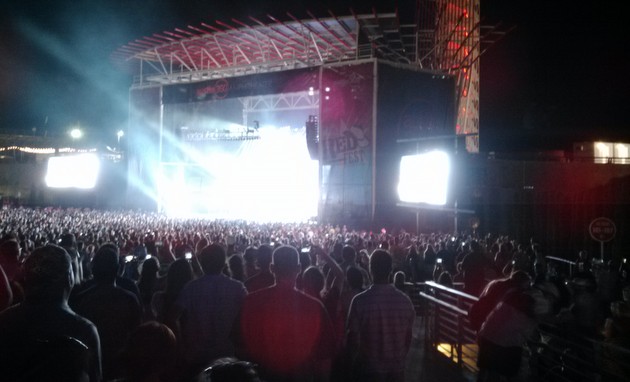 Redneck comedian Jeff Foxworthy wanted to start his own festival, and that was the germination of the idea that bloomed into the inaugural Red Fest held Memorial Day weekend just south and east of Austin, TX at the Circuit of the Americas speedway—the only F1 racetrack in the United States. The sprawling complex built in 2012 includes a 3.4-mile, 20-turn racetrack with multiple grandstands and buildings, including a 14,000-capacity music amphitheater and 251-foot observation tower. This became the scene for the multi-faceted festival catering to country music-minded people of mostly the mainstream perspective, but with quite a few independent and up-and-coming bands and artists thrown into the lineup for good measure.

As new huge corporate festivals come online all across the country, Jeff Foxworthy’s idea was to make Red Fest more of a culturally-immersive experience to separate himself from the competition. Along with himself, he brought on Larry The Cable Guy, and the Duck Dynasty folks to give Red Fest a comedic wrinkle. Then strewn out across nine different areas surrounding the speedway, you could find a varied array of different activities, including an archery range, go-karts and racing simulators, dodgeball and volleyball courts, horseshoes and cornhole pits, a fully-complimented carnival midway, mechanical bulls, a military village housing charity booths and boot campaigns, and that’s just getting started. Even the most dedicated patron would have needed all three days of Red Fest to see and experience it all.

As for the music, the Red Fest lineup was built on good intentions. Big names like Florida Georgia Line, Tim McGraw, Kellie Pickler, and Lynyrd Skynyrd were billed alongside lesser-known bands from the local and national landscape like Hellbound Glory, The Whiskey Sisters, and Bri Bagwell. Think of it like the model the Stagecoach Festival in California has been using for the last few years: instead of segregating independent and mainstream music, integrating it. Yet at its heart, Red Fest was still very much a mainstream, corporate festival, built to cull every last dollar from super-consumer fans who pride themselves in working hard and spending hard.

Though asking $10 for a CD these days is apparently considered too much by many, the market can bear $4.00 for a bottle of water, $7.00 for a domestic beer, and $20.00 for parking, despite the Red Fest grounds being amongst vast tracks of Texas land with absolutely no premium on space. Ticket prices and booking fees, not album sales, are now what keeps the music industry’s coffers flush, so the entire festival experience is an exercise in wringing the consumer out of as much money as possible. Luckily, Red Fest patrons were blessed with pretty good weather over the weekend, so copious amounts egregiously-priced libations were not absolutely necessary (though many elected to over-hydrate anyway), and despite a few minor intermittent showers causing some to scurry for cover, clouds and cooling breezes kept temperatures very reasonable compared to how hot or stormy central Texas can be at the end of May.

When Red Fest let 6,000 free tickets go to military service members, it wasn’t just a sincere token of good will, it was a sign that the fest was going undersold, and they needed to get butts through the gates. Aside from the upper lawn of the amphitheater bowl, and the entire amphitheater area when the headliners like Tim McGraw and Florida Georgia Line took the stage, the crowd all weekend felt a little thin. The grounds either needed to be more compact, or have more people to fill them. The 1/4 mile trek from the heart of the fest to the other two stages was a little bit too much for your average patron to endure. So generally speaking, they didn’t explore the extremities of the fest unless it was for one of its extra-curricular features, or a band that they really wanted to see and already knew about, like Parmalee, Colt Ford, or Texas country star Granger Smith. Meanwhile worthy acts like The Derailers and The Whiskey Sisters from Austin, or out-of-towners like Hellbound Glory and Sundy Best played to thin crowds made up mostly of people who already knew about them, rendering the idea of turning new fans on to a different sound somewhat unfulfilled. 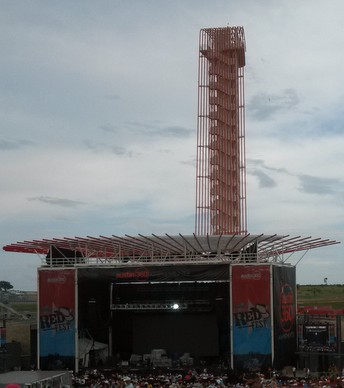 Nonetheless, some great music transpired at Red Fest, and not just for those that made an attempt to seek it out on the smaller stages. Kellie Pickler put on a great set, reprising many of her most popular songs, and playing some classics, including Loretta’s “You Ain’t Woman Enough (To Take My Man)” and “White Lightning” for the large audience. The two-piece Sundy Best on the Natty Light side stage performed an extended medley of 80’s and 90’s pop tunes that included Fresh Price, the song “O.P.P.”, and The Backstreet Boys’ “I Want It That Way”. The rest of the set showcased their own songwriting, vacillating between fun-loving and sincere. Sundy Best needs to make up their mind if they want to be a party band, or a singer-songwriter showcase, but they’re hard not to like. Granger Smith proved that even the Texas country scene is capable of producing laundry list schock, despite how much of a guilty pleasure Earl Dibbles Jr. might be.

The Whiskey Sisters on the smallest Redfest Showcase stage converted from an Airstream trailer showed why they’re one of the best bands in Austin to see live, and Hellbound Glory put on a rowdy set, almost as if they were looking to define the extreme of the proceedings. Compare this with Florida Georgia Line, who when they took the main stage to close the fest out Sunday Night, felt like a force of homogenizing nature. Right before their set, rap music blared over the mains, with legions of self-proclaimed rednecks swinging their hands in urban gesticulations and singing along. Then the duo walked out to Imagine Dragons’ “Radioactive”, illustrating the blurred genre lines of the whole experience. Love them or hate them, Florida Georgia Line has without question captured (or capitulated) the current mainstream sound, and it’s infectiousness is so undeniable, it is a downright scary notion to stomach for the critical minority.

The commitment by Jeff Foxworthy to make Red Fest an annual event seems unwavering, despite it being somewhat foreign to the indigenous music culture in and around Austin, TX. Many patrons likely drove in from the San Antonio and Houston areas to the fest, and you saw more Aggie maroon than UT orange per capita throughout the weekend. The branding of the event called it “A New Memorial Day Tradition,” and they already are getting ready to do pre-sales for next year. Despite the first year hiccups of having the site too spread out, and prices for things more tailored to the upper-crust F1 racing crowd as opposed to a redneck festival, it went off without a hitch. Hopefully next year Red Fest continues to book bands worthy of a wider audience, and also does a better job of getting that audience in front of them. 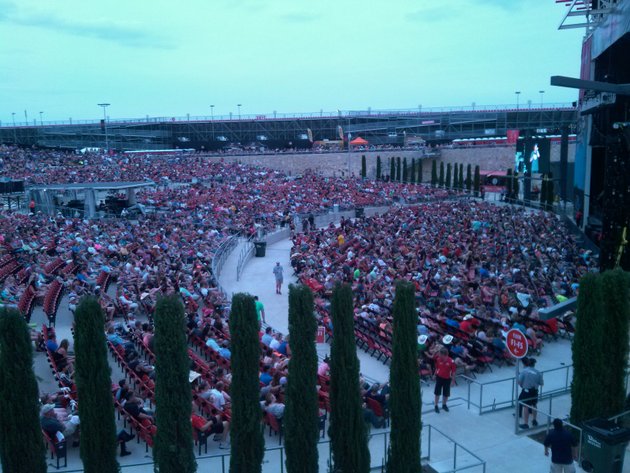 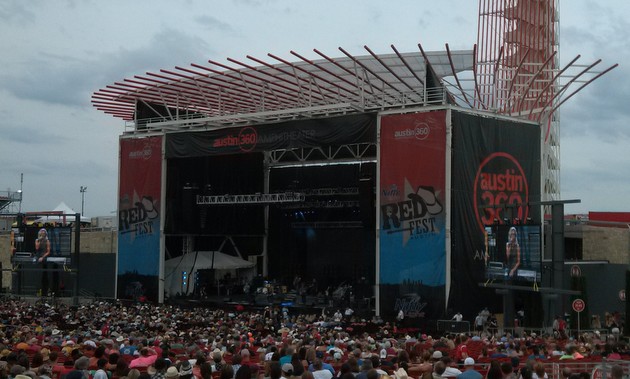 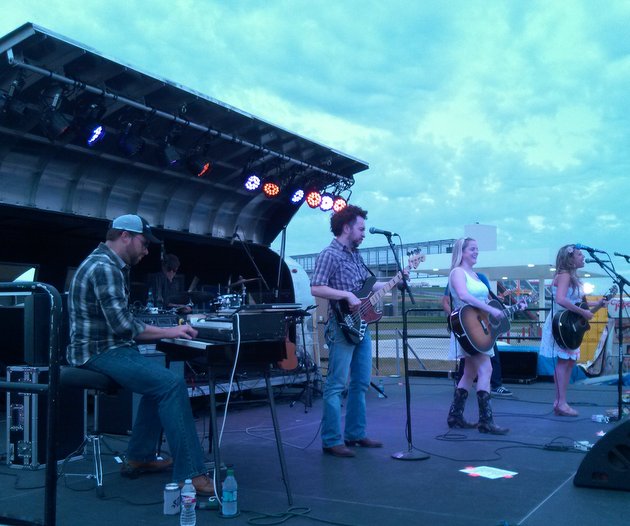 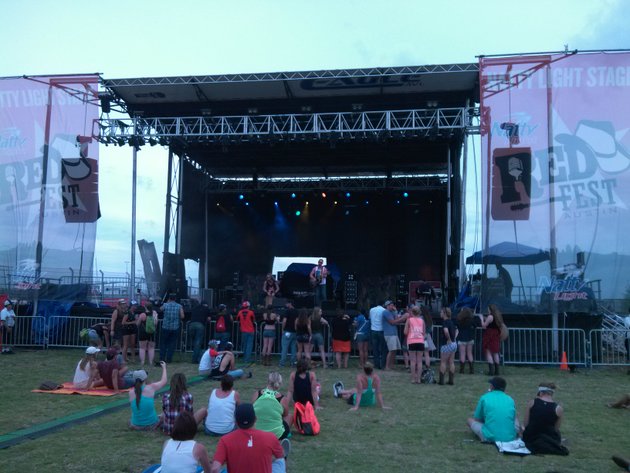 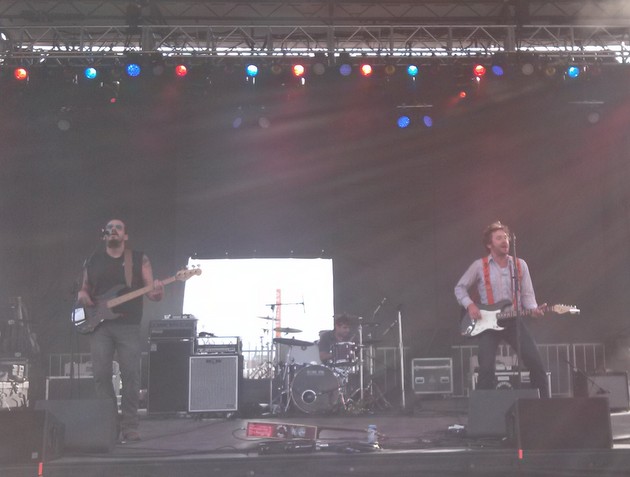