Once And For All: SPOKEN WORD IS NOT RAP!

Trigger Down with Pop Country 33 Comments 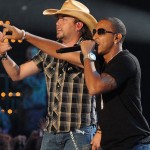 Charlie Daniels’ “Devil Went Down to Georgia” was not a rap song, as Wyclef Jean and many others will tell you.

Jimmy Dean’s “Big Bad John” was not a rap song, as The Engineer of Knowledge or wkdq.com will tell you.

Woody Guthrie’s “Talking Dust Bowl Blues” was not a rap song, despite what the Pittsburg Post-Gazette will tell you.

And neither were the spoken word songs from Tex Williams, Hank Williams, Red Foley, Red Sovine, or any other old school country artists who called on the long-used tradition of talking in a song instead of singing to emphasize the storytelling aspect of the lyrics. But I’ll be damned if you will not find a surplus of high-nosed music “experts” that will preach to you that one of these particular songs or artists was either the generation of rap music, or use them to prove that rap and country are one in the same.

I first pointed this out this tactic in my Survival Guide to Country Rap, how some would attempt to explain how really, country and rap are the same thing, so what’s the big fuss?

As simply as I can put it, making the case that spoken word and rapping in music are the same thing is an insult to the artistic integrity and creativity of both spoken word and rap artists, and to the intelligence of anyone who that case is being made to.

Battling the infiltration of country rap, not as an artistic expression, but as a way to gentrify music to create a wider audience for financial gain, is hard enough without revising history. Country rap supporters have the upper ground in many ways. They can claim racism against people opposing country rap. They can call them close-minded purists, unwilling to evolve, in a misguided notion that country rap opposition is all about wanting to keep country music exactly how it was back in the 50’s.

Of course rap and spoken word have similarities on the surface. But the fact that the words are not sung is where the similarities end. The origins are different for one thing. Spoken word evolved from the cowboy culture and campfire storytelling that is one of the foundations of country music, while rapping came from tribal cadences carried over from West Africa and the chanting of field songs. Is someone going to really try to make the case that Tex Williams was trying to imbibe the rhythms of West African tribal chants with the disenfranchised themes of slave labor when talking about smoke smoke smoking cigarettes?

But unlike so many other “experts” on the subject, and there seems to be one on every corner these days, I’m not going to get into a long-winded diatribe on the exact origin of one artform or another, or try and pinpoint what the first ever country rap song was, because the origins of music are a slow-evolving, mutable, hard-to-define situation that can be clouded heavily by the perspective of the individual. How about instead celebrating the diversity in music by not letting surface similarities allow us to make shallow observances, with either the underlying motivation or the unintended consequence being the death of contrast in popular music?

And if I was a rap artist or writing for a website called Saving Rap Music, I might even be more insulted by the insinuation that some old crusty white dude was rapping back in the 40’s, because it gives no consideration to one of the most important elements of rap music: flow, or the rhythmic and rhyming approach to the metrical structure of verse that makes rap a much more technically complex art form than simply speaking, or speaking in rhyme, just like cowboy poetry can be more complex than rap from a thematic, storytelling standpoint.

Country rap is here to stay, and one can make the case country rap is on its way to dominating the country music landscape. Country rap has won. So can you do true country fans just one little favor, and not go back in time and try to make rap songs out of country songs in the past too? Is that too much to ask? Or is the guilt for allowing country rap such dominance so great, or the payoff in creating a mono-genre so excessive that we must sell out the past as well?