With their 2015 lineup, Stagecoach shows their commitment to independent music by booking some of the fastest-rising and most deserving artists in the independent country and Americana world. On the first day you have The Devil Makes Three, Sturgill Simpson, Parker Milsap, and Lydia Loveless sharing the stage with Vince Gill & The Time Jumpers, Kacey Musgraves, and Merle Haggard.

READ: Why The Stagecoach Festival Lineup is a Good Thing

The 2015 Stagecoach Music Festival will transpire on April 24, 25, and 26 and Indio, CA’s Empire Polo Club. And since many will not be able to make the trek to Southern California, Stagecoach usually offers broadcast and streaming alternatives for people who want to see their favorite artists live from the festival. Last year the Stagecoach weekend was broadcast on AXS TV. Tickets go on sale October 14th. 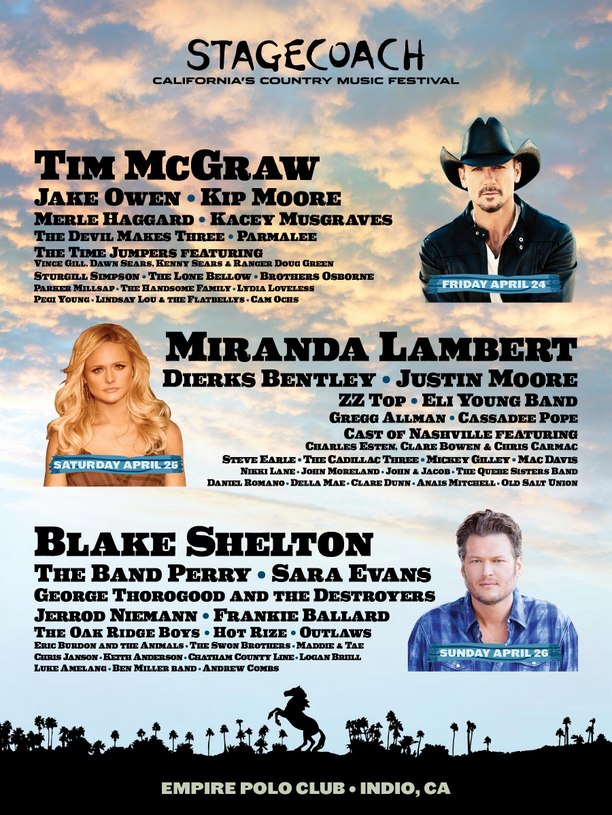