The Backstreet Boys Now Have a #1 on Country Radio. Here’s Who Doesn’t. 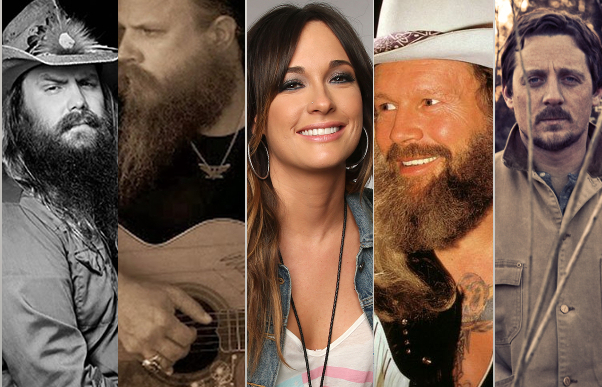 This week, Florida Georgia Line’s collaboration with the Backstreet Boys called “God, Your Mama, and Me” hit #1 on Billboard’s Country Airplay Chart, meaning The Backstreet Boys—a washed-up boy bad who otherwise had not received a #1 distinction for over 18 years—is now the owner of a country music #1, and will be decorated as such by the industry.

To help put this distinction into better perspective, let’s take a look at a list of actual country music artists who’ve devoted their lives to the craft and are currently setting the pace not just creatively through awards and other distinctions, but commercially via album sales and tour purses, who have never received a #1 on country music radio.

• Kacey Musgraves has won multiple CMA Awards, multiple ACM Awards, two Grammy Awards, but the best she’s ever placed on the country radio charts is #10 with “Merry Go ‘Round.” These days, her radio singles are often portrayed as “dead on arrival.”

• Chris Stapleton was one of the best-selling country artists in 2016, and was the first in country to mint a Gold record according to the RIAA in 2017 (and for a record not released until May). He virtually swept the CMA and ACM Awards in 2015 and 2016 respectively, walking away with Album of the Year, Male Vocalist of the Year, along with other major awards. The best a Chris Stapleton performed song has ever done on the radio charts is #10 with “Nobody To Blame.”

• Brandy Clark has been personally nominated for four Grammy awards, including the all-genre Best New Artist in 2015, not to mention the numerous accolades from the Grammys, CMA’s and ACM’s for songs she has written. Yet her best performance on country radio so far was a paltry #39 for “Girl Next Door.”

• Sturgill Simpson won the Grammy for Best Country Album in 2017, and was up for what is considered the music industry’s highest distinction—the Grammy for Album of the Year. He has never charted a song on country radio.

• Cam‘s “Burning House” was considered the song of the summer in 2015 in country, sold to a platinum level according to the RIAA, was nominated for 7 industry awards, including CMA’s, ACM’s, and Grammy Awards. It stalled on country radio at #2.

• Jason Isbell has now charted two #1 country albums, is the owner of multiple Grammy Awards, sells out multi-night residencies at the Ryman Auditorium on a regular basis, and is a bigger concert draw than many 2nd tier mainstream country artists. He’s never had a charting single on country radio.

• Jamey Johnson won four Song of the Year awards, and was nominated for 16 other distinctions by the CMA’s, ACM’s, and Grammy Awards. But the best any of his singles could ever do was #9 on the radio charts with “In Color” in 2009, despite it selling over 1.3 million copies, and winning the ACM and CMA for Song of the Year.

• Marty Stuart potted 4 gold records during his major label run, is considered a living country music legend, to many is a shoo-in for the Hall of Fame someday, but never had a #1. The closest he ever came was a #5 in 1991 for “Tempted.”

• David Allan Coe had what many consider a Hall of Fame caliber career despite off-the-stage controversies, and has compiled one of the greatest songwriting catalogs of any country music legend. He also never had a #1 song. Not “The Ride,” not “You Never Even Called Me By My Name.” The closest he ever came was “Mona Lisa Lost Her Smile,” which hit #2 in 1984.

• Ashley Monroe DID receive a #1 for her collaboration with Blake Shelton on “Lonely Tonight” in 2014. The best she’s done on radio solo is #39 for “Weed Instead of Roses.”