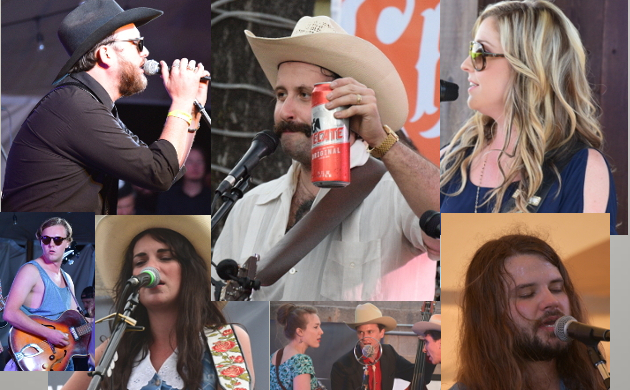 The biggest takeaway from SXSW 2017 will be that for the first time since the very inception of the idea over 30 years ago, the annual music gathering experienced a palpable draw down in attendance and industry participation to a degree that it fundamentally changed many of the dynamics and rigors one must endure to attend. For those hoping for this very thing after the last few years, this is a sign of hope. But the drop off was so dramatic and obvious, it could also spell trouble for SXSW in the long-term. Perhaps the years of wanton neglect of many of the problems plaguing the fest finally caught up, and they now precede the event and override any buzz certain performers or events may provide.

Saving Country Music’s SXSW experience commenced by watching Whitney Rose sing “Bluebonnets For My Baby” right as the Texas State Flower was coming in full bloom thanks to the early onset of spring in Central Texas, and while the songwriter for the song Teri Joyce was in attendance at Lustre Pearl East for Wide Open Country‘s inaugural run of SXSW showcases on Wednesday (3/15). The early evening showcase partly helped make up for the vacated spot where Billy Reid used to put on one the best Wednesday SXSW showcases, but apparently decided to skip SXSW this year. Following Whitney Rose was High Plains Jamboree, which is the newest project from Brennen Leigh and Noel McKay, with bassist Simon Flory. Among other highlights from the throwback-style set was their rendition of “Pills” that made it onto Sunny Sweeney’s most recent record Trophy.

Thursday started with a quick stop in north Austin at Stiles Switch Barbecue for some good food, and good tunes hosted by Bucky Bachmeyer of Big Red Drum Entertainment before heading out to Willie Nelson’s Luck, TX for the Luck Reunion. Always one of the best country and roots lineups for the entirety of SXSW, with just enough of indie rock and other genres mixed it to give it a good blend, it’s a great was to get away from the SXSW madness but not miss any of the music.

I have to say though, having attended the Luck Reunion for the last few years, there’s something about the mix of attendees that seems to be unbalanced. Normally I’m not one to spend so much time pondering, or even pontificating on who might or should be in the crowd, but the level of awkwardness I feel there annually is off the charts, and enough to make it a sort of jarring, if not a negative experience, and that’s an opinion that appears to be shared by others. It’s just not the right people for the right place.

The Luck Reunion is this mix of L.A. hipsters and East Nashville transplants meeting in central Texas to celebrate from whence they came. It’s like a Coachella crowd. Similarly, the lineup, though impressive, sort of reinforces this concern. I don’t say this stuff to be overly critical, but to be constructive about an event that is slowly becoming an institution on the annual roots music calendar, and some more effort should be expended to make sure it represents all the elements of the roots world. It feels like an extension of the Americana Fest blending with an Echo Park neighborhood fest hosted by Conor Oberst. Both of these things are great, but it’s not what people go to Luck, TX for.

Nonetheless, there were great sets turned in by Margo Price, Brent Cobb, Kelsey Waldon in Willie’s intimate chapel, Parker Millsap, and The Wild Reeds who continue to impress. The Revival Tent saw a fun moment when Elle King made a surprise appearance, and then was joined on stage by Paul Cauthen for a Johnny Cash cover.

I continue to be stupefied why Lukas Nelson is not a bigger name from the talent that dude exudes, except he seems to be somewhat unconcerned with becoming a star himself. Taking the main Luck stage right before his father, Lukas did a song solo about “just outside of Austin, TX” where Luck is located that was incredible. Margo Price got to share the stage with Willie for the big finale, and Billy Joe Shaver also made a surprise appearance.

Friday was the day to check out some of the alternatives to SXSW that purposely try to keep things small and local. The Spring Fling organized by A. Michael Uhlmann, a native of Switzerland who moved to Austin over 25 years ago to cover Austin music, is held at Giddy Ups in south Austin—one of the city’s last remaining authentic honky tonks. Well out of the SXSW blast zone, it’s a great place to listen to some country music and take a deep breath on the back patio. Another long-standing SXSW alternative has been Not SXSW held at the G&S Lounge on 1st Street by Jimmy Samon. Both events were significantly helped along by John Conquest of 3rd Coast Music and the FAR Chart who unfortunately passed away in 2016, and both the Spring Fling and Not SXSW were held in Conquest’s memory this year.

Kem Watts turned in a spirited set of music for the crowd assembled at Giddy Ups, and one of the highlights on Not SXSW was California native Alice Wallace who is an incredible singer and yodeler. Nate Boff also turned in an impressive blues set, and long-time Austin regulars Beth Lee and The Breakups always put on a fun show.

Saturday started off with a stop at the final SXSW showcase to be hosted by well-known Conqueroo publicist Cary Baker. Teamed up with Jenni Finlay, they hosted the Rebels & Renegades showcase with an impressive two-stage lineup at Threadgill’s World Headquarters. I arrived just in time to catch the tail end of a very abbreviated set from Shinyribs, and then Sunny Sweeney took the stage for a warm up set right ahead of her opening slot for Garth Brooks at Auditorium Shores a couple of hours later. She played a selection of cuts from her new album, but the highlight might have been her uncut and innuendo-laden “Whiskey Richard” that had sides splitting. Ray Wylie Hubbard took the stage right afterward, and as normal, never disappoints.

Saving Country Music’s SXSW 2017 finished up at what is annually one of the best curated and and well-attended non SXSW showcases, the Brooklyn Country Cantina on east 6th Street hosted by Bug and Erin of The Defibulators. Though The Defibs did not play this year, other acts including the recently Bloodshot-signed Sarah Shook and the Disarmers, surging Americana artist Cale Tyson, and another top-notch SXSW discovery, All My Exes Live in Texas made it a great showcase to see some of your favorite artists, and discover something new. Though not nearly as honky tonk as the name implies, the four-part harmonies from the All My Exes Australian quartet cross all boundaries of genre and taste. The Brooklyn Country Cantina also makes sure to pay homage to the local honky tonk scene, and they booked Leo Rondeau, and the boisterous Croy and the Boys to keep some Austin authenticity on the stage.

SXSW 2017 was definitely a more subdued year, and it gives one hope that perhaps the annual gathering will find a more sustainable path forward, despite much work to do, and lingering problems throughout the organization. 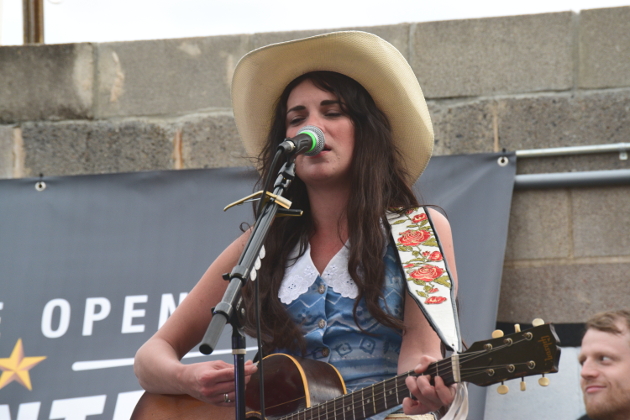 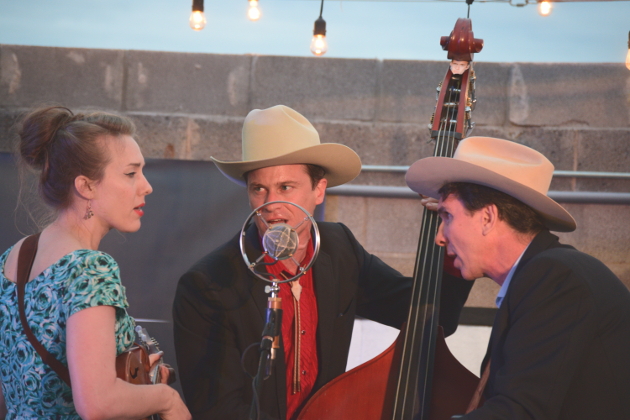 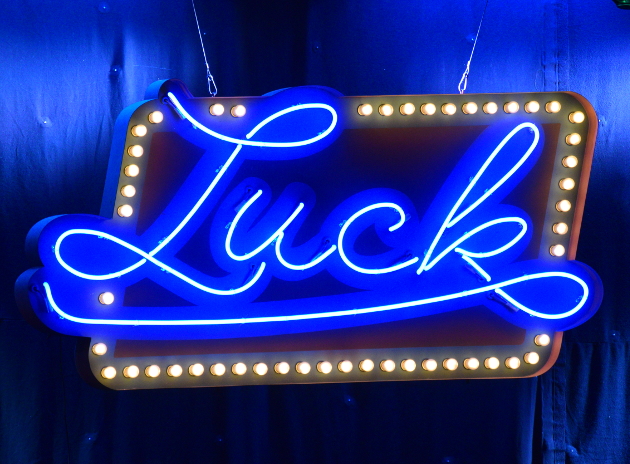 Parker Millsap at the Luck Reunion 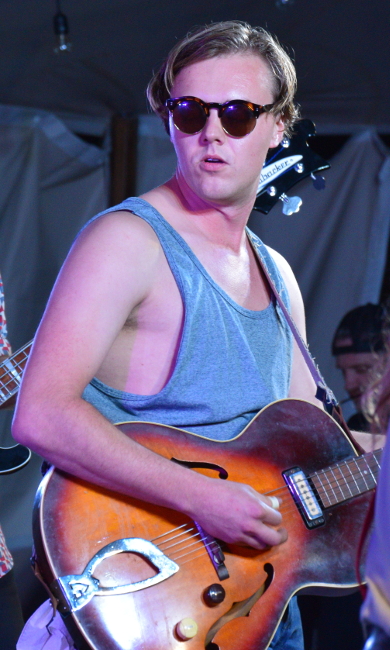 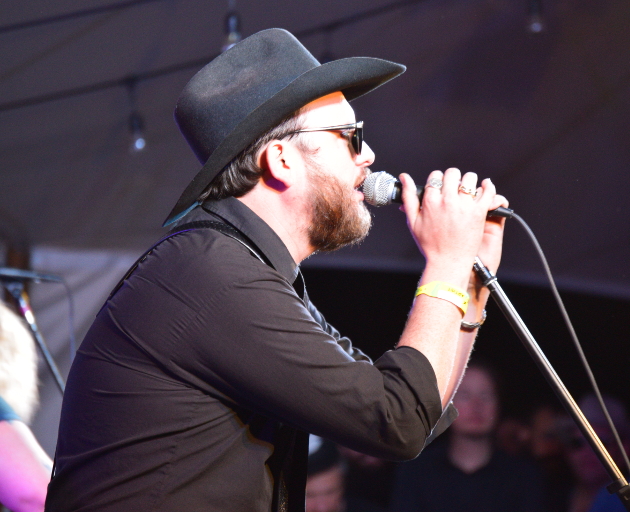 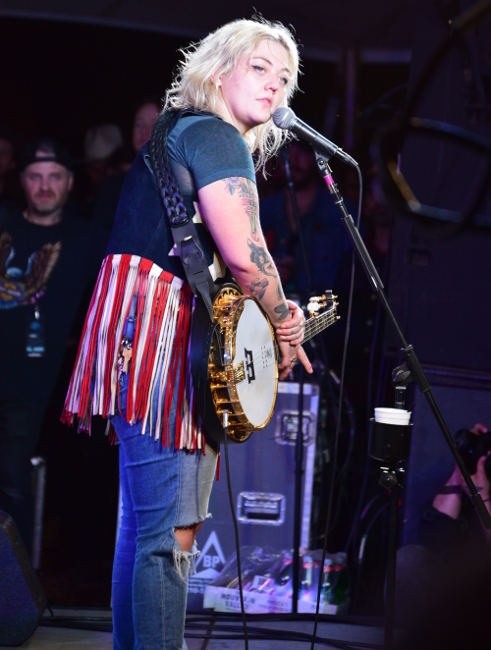 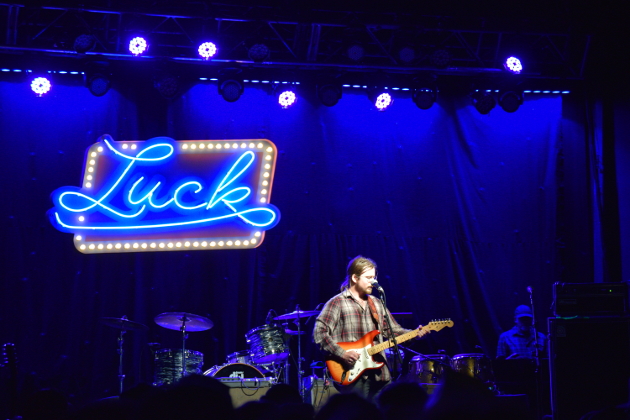 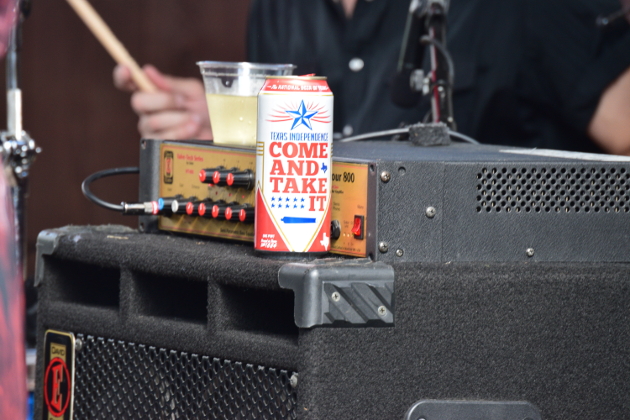 Croy Baum of Croy and the Boys 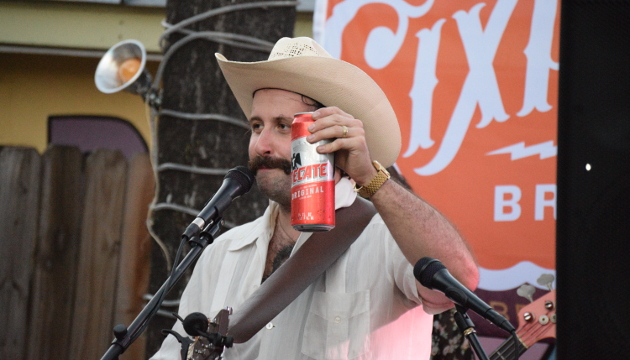 Katie Wighton of All My Exes Live in Texas 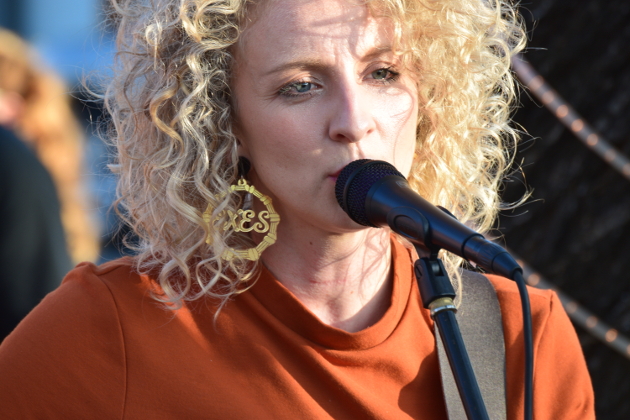