The History of the Country Checklist / Laundry List Song 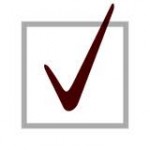 These days you can’t go a few minutes listening to modern mainstream country radio without hearing a “Laundry List” song in the rotation. Usually with little or no plot or story, they simply spew out easily-identifyable elements of country culture (ice cold beer, pickup trucks, dirt roads, etc.) in an attempt to appeal to mostly non-country demographics that can live the country life vicariously through the shallow lyrics.

Another common thread through country checklist songs is how they are used to convey country pride, and help their listeners identify with their side of the urban vs. rural, liberal vs. conservative, religious vs. non-religious culture war. Nostalgia is also a big player.

Like most of the overused song formulas employed by Music Row songwriters, the laundry list likely started with some good, creative, innovative tunes. But once something works, it is called upon again and again by Music Row until all creativity is spent and it becomes cliche. Such is the evolution (or devolution) of the country checklist song.

What is the “first” country music laundry list song?

Though there were others before it, David Allan Coe’s “If That Ain’t Country” comes in as a strong candidate from the way Coe lists out the things from his past that make him “country” and the continued popularity of the song today.

What is the first MODERN country music laundry list song?

Though Rebel Son, Lynyrd Skynyrd, and some other artists may have something to say about it, Rhett Akins “Kiss My Country Ass” is a solid contender for where songs about country pride went from conveying stories to simply being vapid lists of country artifacts and behaviors.

Below is a list of songs that likely contributed or played an important role in the formation of the modern country checklist song from the legacy era, and a list of songs in the modern era that could be called the “first” laundry list song. I don’t pretend for this list to be complete, so if you feel there is an omission, please add your 2 cents in the comments.

Leather boots are still in style for manly footwear. Beads and Roman sandals won’t be seen. Football’s still the roughest thing on campus. And the kids here still respect the college dean.

Unlike the modern laundry list song, Merle spends most of the time in “Okie From Muskogee” spelling out what people from the country (or Muskogee) don’t do, but the idea of country people using a song to delineate themselves from the other side of society in the culture war through lists of artifacts and behaviors was born. And so was the “Proud to be” lyric that is so prevalent in laundry list songs today.

Out past the cornfields where the woods got heavy. Out in the backseat of my ’60 Chevy.

Bob’s first breakout song, and Rolling Stone Magazine’s “Best Single of 1977” (it was released in December of ’76), it has had huge reverberations in modern country despite being released in rock. The laundry list lyrics are clear, and so is the nostalgia that is an essential element to many modern laundry list compositions. I’ve said before that the majority of modern country songs can be traced back to “Night Moves”. Listen to the best-selling country song from 2011, the Brantley Gilbert/Colt Ford-penned “Dirt Road Anthem” and you will spy the nostalgia of “Night Moves” all throughout it.

With 13 kids and a bunch of dogs, a house full of chickens and a yard full of hogs. Spent the summertime cutting up logs for the winter.

If you’re looking for the first true laundry list country song that started the whole trend, this might be the most solid candidate. But unlike the modern laundry list song, this one actually has a story and theme to convey, and is truly autobiographical. “If That Ain’t Country” was Coe attempting to prove his country cred to critics who said his music wasn’t, which is what many modern male pop country stars must do because they aren’t. It also features the lyric “Kiss my ass” that becomes a big player in the laundry list song’s evolution.

“I live back in the woods you see, the woman and the kids and the dogs and me. I got a shotgun, a rifle, and a 4 wheel drive, and a country boy can survive.”

One of Hank Jr.’s seminal songs and all self-penned, it spells out the pride and resilience of people from the country like few others. But many elements of “Country Boy Can Survive” are misunderstood, misinterpreted, and misappropriated in the modern checklist song. Resilience is replaced by fear, self-reliance by materialism. Country and Southern pride are at the heart of many Hank Jr. compositions, but few resonate like this one still does today. “Country Boy Can Survive” and Hank Jr. are referenced specifically in many modern laundry list songs.

Looking back at my one cop town, skinny dipping drinking Royal Crown. And thinking about year long days, and rowdy ways, and best friends lost and found. Remembering my half back moves, night games and backseat blues.

This song may be somewhat obscure, but may be the missing link between the old-school and modern-day laundry list country songs. Marcus Hummon is a big, behind-the-scenes songwriter in Nashville that has written #1 hits for Tim McGraw, Rascal Flatts, The Dixie Chicks, Sara Evans, and has numerous Top 40 hits to his name. Hummon was 14 years ahead of his time with this song that sounds just like the checklist songs of today.

Like my women hot and my beer ice cold. A real fast car and my whiskey old. Like a slow drive down and old dirt road. That’s how I like it.

Even more surprising than how similar the lyrics to “That’s How I Like It” are to today’s laundry list songs is how similar the sonic structure is. Lynyrd Skynyrd is a Southern rock band, meaning they could get away with rock beats and overdriven guitars in 2003 when this would have been crossing a line in country. Of course today in country, anything goes. From the unplugged intro, to the rhythmic power chords, to the almost rapping style of lyrics in the chorus, “That’s How I Like It” is the sonic template many present-day laundry list songs are derived from.

I like to dip, I like to spit. I like talking on the phone when I’m taking a shit. I’m proud to be a redneck piece of white trash. If you don’t like that pucker up motherfucker you can kiss my ass.

This song from a relatively-obscure, but well-loved band with a very loyal fan base virtually writes, trumps, exposes, and lampoons all modern pop country laundry list songs all at once, even though it was written way before most of them. Aside from the “kiss my ass” lyric from David Allan Coe, if you want to find the truly “first” original modern checklist country song, look no further. Rebel Son relies on humor, while at the same time portraying cold-faced reality in songs meant to be hysterical and completely serious at the same time.

Tearing down a dirt road, Rebel flag flying, coon dog in the back. Truck bed loaded down with beer and a cold one in my lap.

Probably the more obvious and more-accepted advent of the modern laundry list country song (as opposed to Rebel Son), “Kiss My Country Ass” appeared on Rhett’s 2007 album People Like Me, but was released as a single in October of 2005. The song mentions Hank Jr.’s “Country Boy Can Survive” directly, and was re-recorded by Blake Shelton for his 2010 Hillbilly Bone EP. If you’re looking for the smoking gun, the primary culprit for the modern laundry list song’s popularity and its move from telling stories to simply conveying lists of countryisms, “Kiss My Country Ass” is the probably strongest candidate.

Thanks to frequent SCM commenter “tontoisdrunk” for asking about the evolution of the laundry list song.