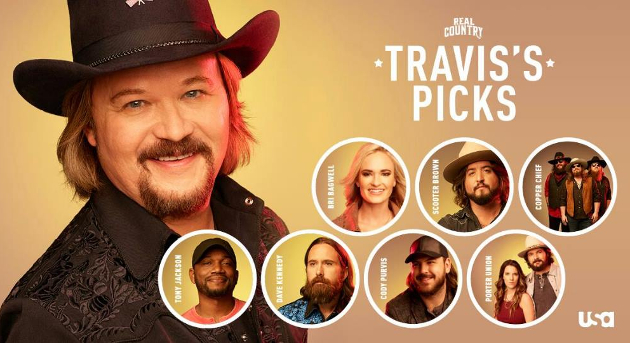 When the USA Network first announced their upcoming reality singing competition called “Real Country,” we all had a good laugh when it was revealed that the judges of this supposed “real” country show would be none other than Shania Twain and Jake Owen. Regardless of how you feel about Shania, Jake, or their music, I think we could all agree these two are tough to define as “real country” in the way the term is regularly used today. In fact their careers have symbolized something quite the opposite.

Everything became a lot more interesting when it was revealed that the often hot-headed and highly-opinionated Travis Tritt would be joining the ranks of the USA show as judge #3. At least this would spice things up if nothing else, seeing how Tritt has been quick to criticize the current direction of country. Just in the recent past, Travis Tritt has called out some modern country artists for trying to be something they aren’t, he added a new verse to his song “Country Ain’t Country” criticizing CMT, and lashed out at Brantley Gilbert for disrespect among other things.

Well now Travis Tritt’s “team” has been revealed, and regardless of where this show goes, how many people watch, and who wins, Tritt has done a superb job picking out his contestants. His 7 selections will battle with 21 others for $10,000 and the opportunity to perform at Stagecoach as initial winners, with the final winner getting $100 grand and the opportunity to perform at the Grand Ole Opry.

I don’t think Hank done it this way, but if someone’s going to win, hopefully it’s Tritt’s hopefuls, four of which who’ve been featured prominently here on Saving Country Music recently. These are also perfect artists if you’re looking performers who’ve paid their dues, but haven’t received the attention they deserve from popular media.

Here’s what Saving Country Music has said about members of Team Tritt: 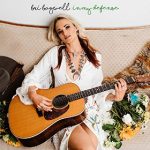 “They’ll tell you that Texas country has no ladies, but they’re shooting their gaze over some great ones, including Jamie Lin Wilson, Courtney Patton, Sunny Sweeney, Kaitlin Butts, and perennial of the Texas music tour circuit, Bri Bagwell. It takes no convincing to book her on the main stage of a festival right beside the boys because she brings the energy and party to her live shows with no diminishing returns. She’s a songwriter like many of the women of Texas music, but she’s an entertainer as well. Originally from Las Cruces, NM, she now lives in Austin, TX, and just released a new record called In My Defense.” 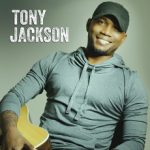 “You may not find anyone better suited to sing the old country classics from folks like George Jones, Merle Haggard, and Randy Travis than Tony Jackson. And this Navy brat turned Marine Corps enlistee turned country crooner can do it right on cue when called upon. Tony Jackson’s self-titled 2017 record includes renditions of such iconic songs like “The Grand Tour” by George Jones, and the often-covered “Nashville Cats,” along with original compositions that resonate especially with country music’s traditional crowd.

Though receiving little love from the mainstream, Jackson has garnered a strong following online, with his covers of old country classics often receiving views in the hundreds of thousands, to millions on YouTube and Facebook. He has a great story too, being first turned on to country music when he was living in Spain as a child, and met Randy Travis who was performing for service members. If country music ever had a traditional artist of color in the cue to break out, it would be Tony Jackson.” 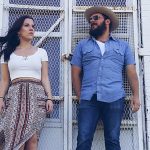 “Somewhere, the spirit of the country music duo got lost. This isn’t just about the conjoining of two voices. It’s about the mixing of two perspectives on the same theme, telling a story from two angles, making the yearning in the heart that much more aching by adding two sob stories, or uplifting joy that is magnified that much more because it’s shared with someone else. This is the spirit with which the duo Porter Union from Springfield, Missouri approaches their craft. Consisting of Cole Michael Porter and Kendra Porter, the pair drives headlong into the lost art of the country music duo in their 2017, self-titled debut.” 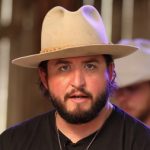 After meandering along mostly in the Texas music scene and around Houston for years, The Scooter Brown Band was signed to the Nashville booking agency APA in 2016. American Son was released in collaboration with Red River, BFD, and Sony Orchard, giving the band a much bigger stage and audience than they’ve had before.”

Also on Team Tritt will be Copper Chief, who are a South Austin band who play what they describe as “rock ‘n’ roll country soul music.” Cody Purvis is a 22-year-old singer and songwriter who is originally from Charlottesville, Virginia, and is now living in Nashville. And filling out the team of seven is Dave Kennedy, who is a well-respected Nashville songwriter originally from Chattanooga, and someone who’s been on Saving Country Music’s radar in the past.

We’ll still have to see if “Real Country” is worth setting the DVR for, but seeing the list of hopefuls from Team Tritt, at least it will give a few worthy artists an opportunity at more exposure. The show premiers on November 13th.