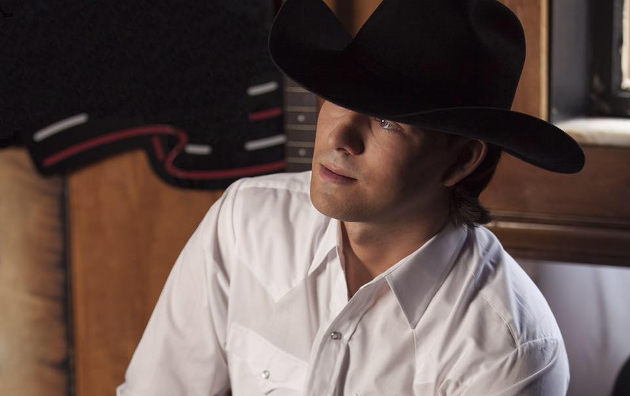 With absolutely no hyperbole intended, William Michael Morgan earning a #1 on country radio for his debut single “I Met A Girl” is a historic moment in country music. It’s a point in time when an undeniably traditional country song from an undeniably traditional country artist has topped the chart after a long vacancy for a traditionalist at the top spot. And the artist that has achieved this feat happens to be brand new and young, with many productive years hopefully ahead of him.

How long has it been since a truly traditional country song has topped the radio charts? Five years? Seven years? I looked through lists of #1’s till my eyeballs bled and couldn’t find another example before giving up. Tim McGraw’s “Humble and Kind,” which was also a significant achievement when it hit #1 earlier this year, would be another fine candidate to highlight as evidence that things are truly changing in country music, but it still remained a bit more adult contemporary to be the more ideal example that “I Met A Girl” is.

I know what you’re going to say though: Who cares about country radio? Anybody with any taste in music moved on from that antiquated and insular format years ago. Who would be caught dead listening to corporate country these days?

But radio has been the last bastion, the last stronghold standing defiantly against the effort to save country music. Even as Chris Stapleton has been sweeping industry awards, his singles are flailing on the radio charts. As Sturgill Simpson and Jason Isbell are doing incredible things as independent artists (Sturgill’s now signed to Atlantic, but outside of the country fold), radio still will not even sniff their music. Radio is the last holdout in the spring that’s dawning all across the industry of more traditional and more substantive music taking hold in the mainstream. Chutes of life are beginning to peak through the scorched earth left by the Bro-Country era.

And don’t worry, my eyes are wide open to how country radio works. It’s a rigged system where songs are rewarded #1’s for promotional purposes in a very automated and self-serving system that is not always the best gauge on the public sentiment about a song, or the organic appeal it holds. But guess what, there are many other mainstream major label artists releasing singles that don’t even get close to sniffing #1 these days, including performers that are way more established than William Michael Morgan, and that have spent just as much money on promotion. “Whisper” by Chase Rice couldn’t even crack the Top 50 on radio. His next single “Everybody We Know Does” might as well have not even been released. And this is from one of the co-writers of “Cruise.”

There’s actually Bro-Country acts failing left and right on country radio. Thomas Rhett’s “Vacation” bombed and was pulled from the format. Meanwhile Jon Pardi can now boast a #1, and so can William Michael Morgan. Will Mo Pitney be next as his debut album nears release? The new generation of traditionalists taking hold in the industry is no longer a hypothetical. There are concrete numbers substantiating the idea that young, fresh, true country faces in the mainstream are here to stay, and present a promising future for the format.

And yes, there is no doubt that there is an entire world of country music artists like Cody Jinks and Whitey Morgan that most definitely deserve the attention of country radio and are not receiving it, and are arguably better than William Michael Morgan. And there are definitely songs that top “I Met A Girl” in appeal to many traditionalists.

But dammit, don’t look this gift horse in the mouth. Don’t be so used to losing as a country music traditionalist you’re unsure and untrusting of how to win. The success of Sturgill Simpson and Jason Isbell opened a door for Chris Stapleton. Now Chris Stapleton has opened a door for folks like William Michael Morgan. Meanwhile Margo Price, Cody Jinks, and many other independent artists are finding major traction and big opportunities in their careers. These are all puzzle pieces in a bigger picture that illustrates the rebuilding of country music from the ground up. Not every step in this process may seem ideal to everyone’s standards. You may not like a certain performer, or their music. But we should all universally recognize that it beats the alternative, and whatever a song like “I Met A Girl” replaced at the top of the charts.

Much work still needs to be done, and there’s always the possibility of backsliding. But this distinction for William Michael Morgan and “I Met A Girl” should rank up there with George Strait’s Entertainer of the Year wins a couple of years back, and Chris Stapleton’s incredible run with Traveller, as significant moments in the effort to return country music to its true, authentic glory of years past.