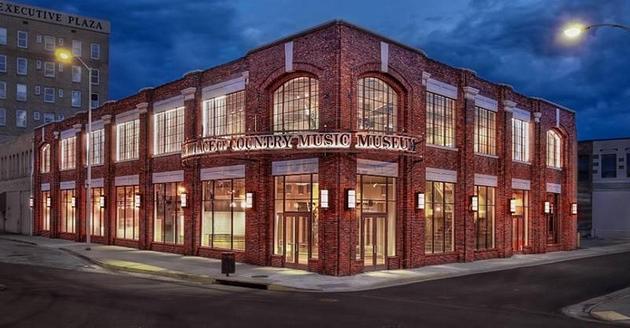 Nashville will always be the home of country music, but Bristol, TN/VA was where the big bang of country music occurred. In 1927, recording pioneer Ralph Peer from the Victor Talking Machine Company set up his equipment in the Taylor-Christian Hat Company in downtown Bristol and started recording acts that would become the very foundation of what we know as country music today. The Bristol Sessions cataloged the music of The Carter Family, The Stoneman Family, Jimmie Rodgers, and many more, and country music as a recorded enterprise was born. Johnny Cash once said of the Bristol Sessions, “These recordings in Bristol in 1927 are the single most important event in the history of country music.”

Now the legacy of this historic moment will be put on display and preserved for future generations in The Birthplace of Country Music Museum set to open its doors this weekend in downtown Bristol. The 24,000 square foot facility is an affiliate of The Smithsonian, and will include 12,000 square feet of exhibit space, a rotating exhibit gallery, music mixing and listening stations, multiple theater experiences, and interactive, technology-infused media. They’ve even applied for a low-powered radio station to be based out of the museum. The Birthplace of Country Music Museum also plans to host year-round music events and educational programming to promote and preserve Ralph Peer’s work and the role of Bristol in the formation of country music.

This weekend the museum has many events scheduled to coincide with the grand opening. On Friday the museum is open for 1/2 price admission with a live concert commencing at 6 PM. Then on Saturday the Grand Opening Event Ceremony happens at 1:00 PM, and then Ralph Stanley, Carlene Carter, Jim Lauderdale, and The Whistles & The Bells are all set to perform. Then on Sunday NPR’s Mountain Stage will be happening at the Paramount Center for the Arts in Bristol as part of the grand opening festivities. It all coincides with the same time of year that Ralph Peer and country’s founders did their work in late July and early August of 1927. Before The Birthplace of Country Music even opens its doors, they’ve already held an “Educator’s Day” to help integrate with the local education community, proving that education and preservation are the centerpiece of the museum’s mission.

The museum is being organized by the same people that organize the annual Bristol Rhythm & Roots Reunion Music Festival every third weekend in September that sees 50,000 attendees drawn to the area. The museum is also working on a new album called Orthophonic Joy: The 1927 Bristol Sessions Revisited that will see a reinterpretation of the Bristol Session classics by artists like Marty Stuart, Dolly Parton, Vince Gill, Emmylou Harris, Ashley Monroe, Steve Martin, The Church Sisters, Doyle Lawson, and more. It is produced by Carl Jackson and will be released in October.

With strong community support and an excellent idea, The Birthplace of Country Music museum looks to become a cornerstone of country music history, and a must-see destination for any serious country music fan.