EDM Replacing Rap As The Scourge of Country Radio

In 2011, when Jason Aldean’s country rap song “Dirt Road Anthem” became the best selling song in all of country music, the genre’s impending dalliance with rap was ordained. Though the sub genre had been brewing under the surface for many years, and quite successfully for some acts, it had now hit it big, and it was only a matter of time before you would see country music’s top performers experiment with the genre bending style. 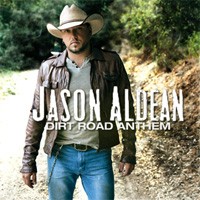 When “Dirt Road Anthem” hit, artists like Cowboy Troy and “Dirt Road Anthem” co-writer Colt Ford had already made successful careers out of country rap for years, despite not being able to rise to the level of mainstream radio acceptance. There were many other acts doing very well at the club level with country rap, like The Moonshine Bandits, Bubba Sparxxx, and The Lacs. Country rap even had much of its own infrastructure, and despite the suspicion it was eyed with from the mainstream, most country rap acts were able to post videos and get views in the millions, Wal-Mart was stocking hick hop on their shelves, while labels like Average Joes, started by Colt Ford, offered material support to some of the bigger country rap acts.

When Music Row decided rap was its future and a potential vehicle to drive the genre out of the malaise it suffered with the rest of music in the decade of the oughts, there were a number of ways the influence could be integrated into the genre. Major labels could sign or otherwise champion already-established country rap acts like Colt Ford and The Moonshine Bandits. Or they could try to impose the new style with already-established mainstream stars who had proven they were palatable with the American public. The latter is the path country rap eventually took. Despite the success of “Dirt Road Anthem,” the song had fought an uphill battle on radio itself. Programmers were suspicious of country rap, and artists like Tim McGraw and Blake Shelton who would later release their own country rap songs, were a known quantity and already under contract compared to unproven talent like Bubba Sparxxx or The Lacs.

But 2012 came, and it was mostly quiet on the country rap front from a mainstream standpoint. As Saving Country Music pointed out in the story Mono-Genre Watch: 2012 End-Of-Year Sales,

2012 did not see either a dominant country-rap single, album, or artist. Rap is still asserting itself as an influence in country, but may not be finding the commercial strength it needs to stick. 2012 mono-genre songs like Tim McGraw’s “Truck Yeah” underperformed to expectations, never cracking Billboard’s Top 10 on the country chart.

But Music Row is notoriously 18 months behind the relevancy cycle. “Dirt Road Anthem” had taken the industry by surprise, and it took over a year for country’s major labels to retool to the new country rap reality. Then by 2013, country rap came out in full force, with virtually all of mainstream country’s big male stars releasing rap/country songs. Reigning CMA Entertainer of the Year Blake Shelton released “Boys ‘Round Here” to a #2 chart showing and double platinum sales. ACM Entertainer of the Year Luke Bryan released country rap “That’s My Kind of Night” that spent a whopping twelve weeks at #1, and was the song to finally depose another country rap-inspired single “Cruise” by upstart Florida Georgia Line that became the longest-running #1 song in the history of country music.

But 2014 has been a different story already. Whereas 2013 seemed to be dominated by country rap singles, 2014 has so far been the story of EDM, or Electronic Dance Music. Though EDM and hip hop can sometimes be mistaken for each other, especially to the country consumer’s ear and because the two disciplines have numerous similarities (use of electronic beats, sampling, and rapping instead of singing in some instances), there are also many clear differences between the two disciplines.

When Jerrod Niemann released his single “Drink To That All Night” in the second half of 2013, country music’s EDM cherry had been popped, and it seemed to be a harbinger for things to come in the country format. Interestingly the single underperformed in most of 2013, but has been creeping up the charts in early 2014, reaching its highest chart ranking in the last week of February. Though the argument can be made that Jerrod Niemann is still rapping instead of singing, “Drink To That All Night” is full of EDM earmarks: the heavily Auto-tuned electronic-sounding vocals, the digitized beats, and most-importantly the emphasis on perfectitude in the music as opposed to the fallibility of a live, traditional band lineup playing real instruments, reinforced in the video of the song that heavily refers to the EDM/dance club culture instead of the country honky tonk.

Many of the lead singles from country music’s big 2014 album releases from male artists lean heavily towards EDM influences, most notably Tim McGraw’s “Lookin’ For That Girl” with it’s heavily-digitized vocal track and electronic beat bed. Rascal Flatt’s “Rewind” incorporates many EDM elements. And Brantley Gilbert, one of the other co-writers of “Dirt Road Anthem,” his latest single “Bottoms Up” sounds much less like a country rap, and more like a country/EDM effort with more melody to the vocals, and the signature electronic drum bed and digitization of instrumentation. 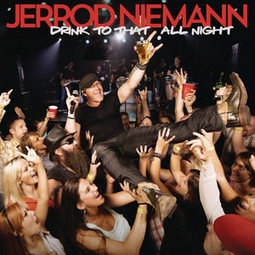 So the next question is, why is country music now de-emphasizing country rap, and going the EDM route instead?

First, don’t count country rap out. There are certainly more country rap singles from big, mainstream country artists in the pipeline that we’re likely to hear in 2014, if they ever go away completely in the more global trend of the formation of a mono-genre. And in the independent realm, acts like The Lacs and Moonshine Bandits are likely to remain sustainable commodities.

But despite a few lucrative singles, country rap was very hit and miss in the mainstream. The aforementioned “Truck Yeah” by Tim McGraw seemed like an unfortunate career move. Jason Aldean’s “Dirt Road Anthem” followup called “1994” was a general flop in comparison, stalling in the charts despite a heavy push behind the song. Brad Paisley’s much-ridiculed “Accidental Racist” with LL Cool J wasn’t even released as a single. In the end, mainstream country stars just didn’t make good rappers. Country music is for crooners and twang, and even though these elements are generally lacking in present-day country music anyway, this was the foundation of these singer’s discipline, and rapping never stopped feeling foreign to them, their audience, and most importantly, radio programmers.

EDM on the other hand is a “no experience required” format when it comes to singing. The purposefully heavy Auto-tuned environment allows the performer to simply hit close approximations of the melody the song is built around, and then the studio hands take over from there.

However just like with rap, country music is horrifically late when it comes to the EDM game. The argument that was made during the integration of rap into country is that country music had to evolve. What the people making that argument failed to realize is that rap was already a 30-year-old art form when it made its appearance in country’s mainstream. Similarly, many of the EDM elements we’re seeing in country—especially Auto-tuned lyrics—are already considered outmoded in most other mainstream music.

Similarly, the relevancy arch has moved on in many ways from the heavy electronic sound. An EDM act in Daft Punk dominated the Grammy Awards held in January, and they did so with a live sound. Instead of starting with electronic beats and synthesized hooks, Daft Punk’s Random Access Memories featured live, human instrumentation and vocals with minimal electronic treatment. This was the formula that won them 5 Grammy Awards, including Best Album and Best Record. In the end it is not the EDM elements in country music that make it bad, just like rapping in a country song isn’t something that can be completely ruled out as a valid form of expression if it is done in a fresh, artistic way. It is the poor implementation—the awkwardness of the integration of the two influences, and the submissive pose country takes towards EDM and rap—that makes it so polarizing.

Whether it was country rap in 2013, or EDM influences in 2014, it speaks to a systemic problem with country music that the format deems itself inadequate and feels the need integrate influences from other genres to stay relevant, following instead of leading, and making excuses of why it can still be cool instead of educating the public on country music’s inherent virtues.