How Nashville Surprisingly Tackled The Talent Glut in 2012 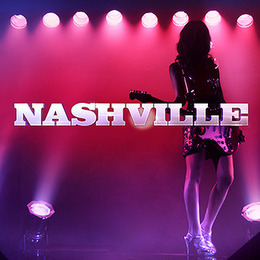 One of the most remarkable music events of 2012 must be how Nashville and some of its biggest, most bloated and notorious corporate citizens did the inexplicable: they began to tackle the issue of the massive talent glut in American roots music. As big record labels continue to tighten their ships, and radio companies like Clear Channel continue to buy up radio stations all around the country and nationalize programming, the ability for America’s major media companies to offer true choices in content continues to diminish. And when it comes to radio, the issue is likely effecting rural areas and country listeners disproportionately.

Because the bottleneck of commercial country radio is so profound, there’s a wealth of incredible material laying around town. This is a big surprise to me, how many extraordinary songs we’ve been able to find. An industrial amount of bad songs, to be sure, but a surprising amount of really good, handcrafted, personal songs that people are willing to share with us because there’s no longer a platform for them to share their music at all. I hope that we become the platform for the people who are writing from their whole hearts.

And that is exactly what the Nashville show has become, pushing independent music from artists as varying as The Civil Wars, Lindi Ortega, and Shovels & Rope. In a recent article in The Tennessean, musician and writer Peter Cooper asked about Nashville, “How come the country music in a soap opera, sung by actors, is better than what I hear on mainstream country radio?”

When talking about Nashville, I often have to explain that I don’t “like” the show, and don’t even recommend people watch it. But that’s different from understanding the importance and power of an outlet like Nashville, and how its opening up tremendous opportunities for some independent artists.

And who owns ABC? Disney does, the largest media conglomerate in the world. Who is helping fund Nashville? Ryman Hospitality (previously Gaylord Entertainment), which owns The Grand Ole Opry and has been notorious for ignoring aging and emerging talent over the last few years. 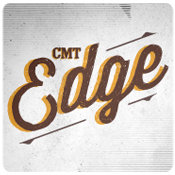 And not to be outdone, another subsidiary of a massive media conglomerate based in Nashville, Viacom’s CMT, has figured out how to get on the independent music bandwagon by launching their new outlet with an emphasis on the legendary and the unknown, CMT Edge. 6 months ago, it would have been unfathomable to see an artist like Rachel Brooke featured on anything related to CMT. Now CMT Edge is digging deep, and doing what they can to shine a bigger light on music from the Americana world to aging greats.

All of a sudden the big boys in the media business are playing a part in re-populating the country and roots music farm system that for years has been anemic and ignored. Why?

Because as I and others have asserted for years, there is commercial viability in independent music. No, of course it is not as financially lucrative as artists like Tim McGraw or Toby Keith, but that doesn’t mean that companies cannot create revenue by either helping to manufacture this music, or promote it or cover it. And as time goes on and the ranks of listeners disenfranchised with corporate music and its inherent lack of choice continues to grow, the trends favor independent music becoming even more popular in the coming years.

There is money in independent music, no matter how much independent fans might want to grovel over its monetization. Fans and artists have a right to be speculative of the intentions of some of these Nashville institutions wanting a piece of the action, seeing how their closed doors and derelict attitudes towards artistic expression and creative freedom is part of the reason an independent movement in music exists in the first place.

For years people have thought of Nashville as the home of corporate music, and that’s still true. But that doesn’t mean there isn’t a rapidly-growing independent scene on Nashville’s east side and in other spots around the city. The word from many of the folks on the inside looking out is that Nashville has long surpassed Austin as the epicenter for independent roots music, despite Music City still being the home of Music Row and many other trappings of the mainstream music business.

I was as speculative as anyone about the intentions and viability of outlets like ABC’s Nashville or CMT Edge, and will probably continue to keep one suspicious eye turned in their direction. But for now, they appear to be working from a sincere approach of broadening musical perspectives and choices.

I’ve always said that all that independent, up-and-coming artists need is a chance. You put the good stuff right next to the stuff people are force fed through Clear Channel radio and they will begin to make better choices. Finally here in 2012, those choices are being made available through mainstream outlets, and the glut of viable artists and credible content pushing at the edges of Nashville like a balloon ready to burst is finally being alleviated by new outlets channeling real music to hungry ears. Without question more needs to be done, but this is a good start.