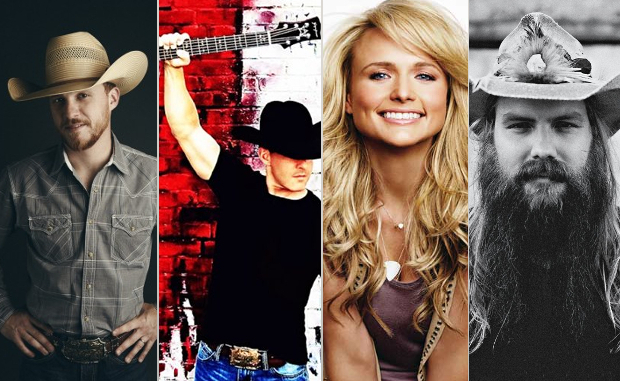 As we continue to ponder what country radio might look like after the impending implosion of iHeartMedia and corporate radio as we know it, some very interesting developments emerged on the country radio charts this week.

There is also a very interesting discussion finally occurring at radio about the efficacy and burden the industry is putting on radio by demanding that each week we have a new #1 song so that publicists and labels can claim a victory. “It’s this constant push to have a new No. 1 song every week that is stalling this format out,” says KPLX Dallas assistant PD Smokey Rivers in an article posted on Billboard this week. Expect more lengthy debates on this issue in the future, while Sam Hunt’s “Body Like a Backroad” will test radio’s round robin system of #1’s to see if a song can’t spend a long succession of weeks at the top due to public demand.

We’ve just assumed, and for good reason, that to be on mainstream corporate radio, you have to be a mainstream corporate performer. Though this is still very much the case, a couple of artists who are independently-signed and have no history of success on national country radio previously have just shattered some significant benchmarks.

Aaron Watson’s song “Outta Style” is now a Top 30 single at country radio. This development is significant to say the least. Though at times singles such as this have been allowed to meander around the mid 40’s, this is major ground gained by the Thirty Tigers-signed artist.

Same can be said for Cody Johnson, whose “With You I Am” cracked the Top 40 this week. Having not just one, but two Texas country artist enjoying significant Top 40 impact cannot go unnoticed. Of course true country fans and many Texas country fans will be quick to point out that these two songs represent some of the worst of Texas country, and from these artists specifically. But this is not the same as Granger Smith signing to a major and launching a super hit.

All these spins have been hard earned by Watson and Johnson, and if they can shatter the radio glass ceiling, perhaps it will open the opportunity for better songs from both them to impact nationally, and other Texas and independent artists to impact the radio charts as well.

Some were worried when Chris Stapleton’s “Either Way” was selected as the debut single from his second record From A Room: Vol. 1 since it’s a sedated, stripped-down, acoustic effort. But perhaps it’s just the type of left-field selection that will finally solve Stapleton’s radio woes.

So far the signs are all very positive, with “Either Way” debuting at #26, which is the highest debut of the week. It’s also has the most adds of any songs with 79, as well as being the top spin gainer with 1,114. It will have to fight an uphill battle in a very crowded field to get into the Top 10, let alone get to #1. But so far “Either Way” has performed much better than any other Stapleton radio single after it’s first week.

Still Only One Female in the Top 30

Don’t let anyone tell you that “things are changing” for females at country radio. It is still as bad as it has ever been, maybe worse, and the lone single in the Top 30 at the moment is Kelsea Ballerini’s terrible “Yeah Boy” that feels like a bow for pop, not country.

The prospects for the coming weeks look a little brighter. Maren Morris’s “I Could Use a Love Song” will probably continue to slowly move up the charts as we head into summer, and Carly Pierce’s “Every Little Thing” was recently announced as the latest benefactor of iHeartMedia’s “On The Verge” treatment, meaning you can expect it to rocket up the charts in the coming weeks as well.

There are some troubling signs for Miranda Lambert’s latest single “Tin Man.” It dropped from #38 to #42 on Billboard’s Country Airplay chart, and from #43 to #45 on the Mediabase chart this week. This has to be disappointing for a brand new single from a major star whose arrow on the charts is supposed to be pointing up, not down. The silver lining is the song actually gained spins this week, but it was a very anemic number of 3, allowing for other singles to pass it. That means it’s too early to declare it “done” in radio jargon, but it is hanging on by a thread.

And if “Tin Man” is declared done in the next week or two, Miranda Lambert’s entire existence on mainstream country radio may follow suit. Lambert fans won’t like to hear this, but after the fate of the first three singles from The Weight of These Wings, this may end up being Miranda’s Americana record in more than just sound and approach. It’s hard to blame Miranda for this development; this has more to do with how country radio handles females, and the fact that if you have a few dud singles, it’s hard to recover. Short of a “Somethin’ Bad” moment, it may be difficult for Miranda to find new life on radio. But we’ll see if “Tin Man” still has some life in it.

• John Mayer is not going away. “In The Blood” moves up two spots to #57 on the Billboard Country Airplay chart.

• William Michael Morgan‘s “Missing” has finally cracked the Top 30, coming in at #29. Don’t give up on it just yet.

• Midland‘s “Drinkin’ Problem” cracks the Top 20 at #18 on the Billboard Country Airplay chart.

• Luke Combs‘ “Hurricane” and Kelsea Ballerini’s “Yeah Boy” are likely the next songs to hit #1, but don’t be surprised if Sam Hunt‘s “Body Like a Backroad” regains the #1 spot in later weeks due to continued public demand, and gains from spins on pop radio.