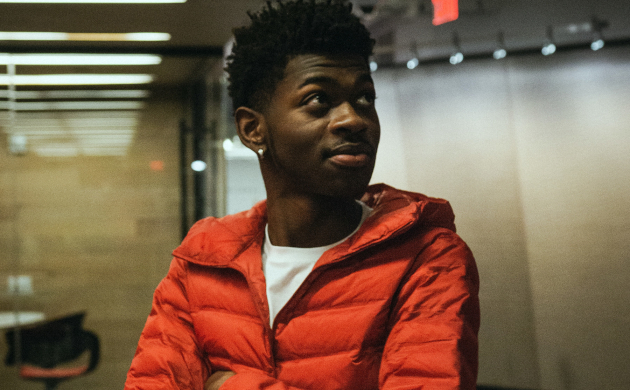 See, this is the reason why showing concern of where and how songs are placed in music charts is so critical, and how making a simple mistake can cause dramatic reverberations throughout the music ecosystem where now you have long-standing institutions and entire genres of music being accused of outright racism due to a simple clerical error involving a song that we’d never even heard of if it weren’t for the meme culture.

“Old Town Road” is a 1:53 “song” that was released in December 2018 by Atlanta-based rapper and trap DJ named Lil Nas X. The song was also set randomly to scenes from the Wild West video game Red Dead Redemption 2 in a YouTube video, and has since gone viral, primarily off the back of Instagram and other social media users making meme videos which incorporate the song. Though the song is clearly a hip-hop track with a trap beat, Lil Nas X labeled it as country on SoundCloud, iTunes, and elsewhere to purposely receive favorable chart positioning, and “Old Town Road” ended up debuting at #19 on Billboard’s Hot Country Songs chart dated March 16th.

Then Billboard, after discovering the ruse, switched Lil Nas X and “Old Town Road” to the Hot Rap Songs chart. The song does not appear at all in Billboard’s Hot Country Songs chart dated March 23rd, and instead appeared on the Hot Rap Songs at #24 with a “New” tag slapped on it, meaning it was a debut entry on the chart.

So how all of a sudden after “Old Town Road” was finally slotted properly and everyone was going about their merry way was country music and Billboard accused of racism for supposedly excluding “Old Town Road” from the genre? Once again we can trace it back to the most biased, uninformed, and agenda-laden periodical covering country music, Rolling Stone.

First off, this title is complete and utter fucking bullshit. It’s an outright vociferous and irreconcilable lie composed for click-bait, no different than when Rolling Stone lied about Eric Church on their cover, calling him an anti-gun Bernie Sanders supporter with the express purpose of ginning up political dissent and conflict at the expense of the truth to create attention. And you don’t have to go any further than Rolling Stone’s article on “Old Town Road” to verify this.

Beyond the title, the Rolling Stone article actually has some good information on just how Lil Nas X and “Old Town Road” got slotted in country music in the first place, and it had nothing to do with anyone making a judgement call based on genre, or race. Instead, Lil Nas X chose to call the track country in metadata listings because he knew the track would get buried in hip-hop, but would have a clear path in country due to the lack of gatekeepers in the genre, and no natural competition because it’s a hip-hop song that would not have to compete with hip-hop’s heavy hitters.

Danny Kang, who is the manager of another viral sensation, Mason Ramsey, lays out expertly how Lil Nas X gamed the country system.

“On SoundCloud, he listed it as a country record,” says Kang. “On iTunes, he listed it as a country record. He was going to these spaces, gaining a little bit of traction on their country charts, and there’s a way to manipulate the algorithm to push your track to the top. That’s favorable versus trying to go to the rap format to compete with the most popular songs in the world.”

There you go. The inclusion of “Old Town Road” in country was a big market manipulation that was able to be perpetrated upon country because the genre’s leadership is asleep at the wheel. Lil Nas X is a con artist who hijacked the country charts for a boost in attention, and now country music—which had nothing to do with it—is being labeled racist because Billboard—which has no direct affiliation with country music—rightly figured out the subterfuge, and set the record straight.

In other words, Elias Leight and Rolling Stone asserted that “Old Town Road” wasn’t removed from the country charts due to it not being a country song and was simply using country for better traction, but because Lil Nas X is black. This has caused a massive backlash from many fronts against both Billboard, and country music at large, for excluding Lil Nas X and “Old Town Road” solely due to race.

However this accusation that country music or Billboard is excluding Lil Nas X because he’s black is absolutely irresponsible and unfounded. Though Elias Leight brings up Beyonce, and how her song “Daddy Lessons” was not allowed to compete for a Grammy Award in 2016, he fails to point out (as is always the case when this anecdotal story is brought up) that Beyonce was invited to perform the song along with the Dixie Chicks at the 50th Annual CMA Awards, and the performance was the centerpiece of the entire event. If country music was excluding Beyonce or black artists in general, how was this allowed to happen?

Furthermore, how do you explain how Charley Pride had 40 #1 hits in country music over a 20 year period if country music purposely excludes black artists? Is that too ancient of history for you? Not representative of the new Trump era? Then how did Jimmie Allen in December become the first artist of any race to have the longest-leading debut song on top of the Billboard Country Airplay chart since 2001 when his song “Best Shot” hit #1 for a third week? If country music solely excludes artists due to race, how did Kane Brown’s latest record Experiment debut at #1 on the Billboard Country Albums chart, how did he earn two #1 songs so far, and how did his debut album go Platinum?

Of course country music’s past has been filled with racist components, no different than Billboard’s. But this idea that country music or Billboard is excluding anyone due to race is irresponsible. Furthermore, Rolling Stone‘s assertion of racism based off of unfounded accusations and complete ignorance of the full expanse of country music history isn’t stamping out racism, it is creating it by baiting both sides into engaging in a racially-charged argument we shouldn’t be having in the first place. Instead we should be focusing on actual racism, including in music, and engaging in meaningful discussions on songs whose lyrics aren’t as elementary, misogynistic, immature, and intellectually-insulting as,

The real story here is how Lil Nas X manipulated the country music system to gain traction for his shitty meme song, and what should be done to make sure further acts of metadata malfeasance don’t result in unnecessary conflict in the future.

For Billboard’s part, a spokesperson has said the removal of “Old Town Road” from the country charts “had absolutely nothing to do with the race of the artist.” A further statement from Billboard reads, “Upon further review, it was determined that ‘Old Town Road’ by Lil Nas X does not currently merit inclusion on Billboard‘s country charts. When determining genres, a few factors are examined, but first and foremost is musical composition. While ‘Old Town Road’ incorporates references to country and cowboy imagery, it does not embrace enough elements of today’s country music to chart in its current version.”

However it was Billboard’s initial lack of clarity, and unwillingness to release a statement or address the issue until Rolling Stone accused it and country music of racism that helped lead to this misunderstanding. This is why Saving Country Music called for clarification from Billboard on March 23rd.

The other component that caused the exacerbation of this issue was the woeful ignorance of the country music genre by the Rolling Stone writer, which is an increasing issue with how popular mainstream publications are dealing with country music. This also came up when Stereogum surmised that Lil Nas X might usher in a new era for country rap. Once again, to people on the outside looking into country, incorporating country into rap is sold as some sort of new paradigm or evolutionary progress in a stodgy, traditional genre, when rap is a 40-year-old art form, and in 2011, Jason Aldean had the biggest single in the entire country year with the country rap song “Dirt Road Anthem.” That was eight years ago, and set the foundation for the rise of Bro-Country, which is a country rap hybrid. The hick-hop craze peaked in 2015, and Bro-Country has been on the wane for multiple years now. An intimate knowledge of country music would have avoided spreading of such misnomers.

Rolling Stone does have a specific country music division that could have at least offered a little bit more insight into how the genre is more inclusive to African American performers now more than at any other time in its history. Should we still be on the lookout for institutional racism in country music, in Billboard charts, and in other places? Of course we should. But if accusations of racism are thrown out fast and loose without any provocation, evidence, and are completely divested from a broad-based perspective on both the near and long-term history of country music, it erodes the potency of that important term, and the gravity of which that charge should carry when true racism evidences itself in music and beyond.