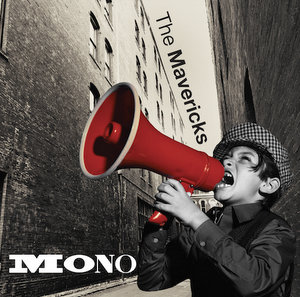 Saving Country Music’s 2013 Album of the Year was not Jason Isbell’s breathtaking Southeastern, or Sturgill Simpson’s breakout High Top Mountain, but the comeback record from the Latin-inspired Raul Malo and The Mavericks called In Time. The reason was because in Saving Country Music’s esteemed judgement, no other record in 2013 afforded a much musical enjoyment as The Mavericks’ first studio effort in a decade.

Now The Mavericks have announced that they’ve been in the studio again and will release the followup to In Time called Mono on February 17th, 2015. The band made the announcement while performing at the Grand Ole Opry on November 18th. Like their previous album, it will be released by the Valory Music Group, a division of Big Machine Records. Yes, the same label of Taylor Swift, Florida Georgia Line, and Brantley Gilbert. “You know, they did right by us,” Raul Malo tells Rolling Stone. “Heck, they let us make a record at this stage. I know people probably have a hard time imagining this, but it’s not the easiest thing to get these days, to be able to make records and have a record contract.”

However The Mavericks will be moving forward down a man. Robert Reynolds is taking some time off to attend to his ailing wife Angie Crabtree Reynolds who is battling Cancer. That leaves the core of The Mavericks as singer/songwriter/guitarist Raul Malo, lead guitarist Eddie Perez (guitar player for Dwight Yoakam & others), drummer Paul Deakin, and Jerry Dale McFadden on keys. The band will also be embarking on a world tour around Mono‘s release (SEE DATES).