“Girl In A Country Song” becomes: 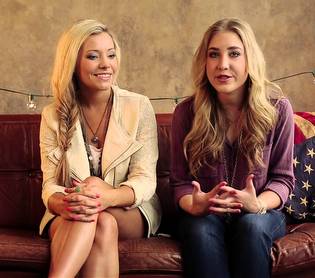 When Big Machine Label Group’s President and CEO Scott Borchetta signed a completely unknown 18-year-old singing duo based seemingly on the strength of one song, it seemed like a risky move, and one betting on the fact that the country music public was tiring of the Bro-Country trend and heading towards a backlash. Though the rise of “Girl In A Country Song” has been very slow (which is customary with many premier singles from previously-unknown artists in country), Scott Borchetta’s gamble has paid off, and the song is now #1 on country radio according to Mediabase. The distinction shatters a slew of dubious distinctions for the country format, and helps to slay the absolute dearth of female representation on country radio.

“Girl In A Country Song” received 7,986 spins from November 30th to December 6th according to Mediabase, besting its nearest competition, Tim McGraw’s “Shotgun Rider” by an impressive 684 spins. The song also gained 502 spins week over week. These numbers are good enough to land Maddie & Tae at #1 on Billboard’s Country Airplay chart to be published Monday afternoon.

What does this all mean? It means that country radio has its very first female-led act to hit number one on country radio in over 2 years. “Girl In A Country Song” is the first to top the chart since Carrie Underwood’s “Blown Away” in October of 2012. That was a whopping 26 months ago. That’s right, not even the Carrie Underwood / Miranda Lambert collaboration “Somethin’ Bad” went to #1 on radio, nor did any of those Taylor Swift blockbusters.

You have to go back even farther, nearly five years ago to January of 2010, to find the last time a country female artist had her first #1 hit on radio. It was Miranda Lambert’s “White Liar.” Even more stunning, you have to go all the way back to 2004—over-10 years ago— to find the last time a woman that wasn’t Carrie Underwood, Miranda Lambert, or Taylor Swift celebrated a debut #1. That would be Gretchen Wilson according to the tabulations of country writer Billy Dukes. This doesn’t take into consideration groups with females in them like Sugarland or Lady Antebellum, but deals solely with solo artists or acts exclusively consisting of females.

Also the super duo The Wreckers made up of Michelle Branch and Jessica Harp had a “debut” #1 single in country called “Leave The Pieces” in 2006, but since both of these women had major singles as part of pop careers previous to their country success, it wasn’t a debut for the artists, just for the artists in the country format.

“Girl In A Country Song” also happens to be the first #1 for Big Machine’s DOT Records imprint in 40 years—which is where Maddie & Tae reside—but that is more of a symbolic victory since the label was mothballed for a majority of that time.

“Girl In A Country Song” has already gone gold, denoting over 500,000 digital downloads, and the video has already received over 13 million views. And all of this from a duo who when listening to their EP, leans more towards the traditional side, and for a song that overtly challenges the role females are cast in with many of country music’s other big hits.

If you needed yet another sign that Bro-Country is on it’s way out, the airplay success of “Girl In A Country Song,” which is a better barometer of the industry compared to metrics that factor in sales and streams, is a pretty good indication. Like the song or not, Maddie & Tae have have just etched an indelible mark on the country music timeline that will be very important for both women and the content of country moving forward.