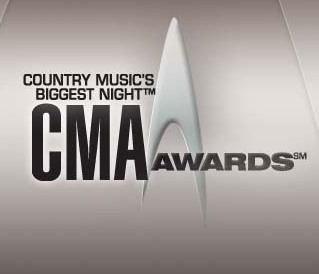 On Wednesday morning (9-3), the nominees for the 48th Annual CMA Awards were announced on ABC’s Good Morning America and through a CMA Live stream. The 2014 CMA Awards will happen on Wednesday November 5th on ABC, and will be hosted by Brad Paisley and Carrie Underwood.

Leading all nominees with nine is Miranda Lambert. Dierks Bentely also turns in a strong showing with five considerations. And amongst the critic’s favorites, Brandy Clark comes in with two nominations, including for New Artist of the Year, and steel guitarist Paul Franklin also receives two nominations.

Though Taylor Swift has officially declared herself pop, she still rounds out the Female Vocalist category with a nomination. And despite officially retiring from touring this year, reigning CMA Entertainer of the Year George Strait shows up once again for the distinction.

The other curious takeaway from the nominations is Jason Aldean isn’t nominated for anything. After the year he’s had, this is nothing short of astounding. There is a story here somewhere, maybe doing with his infidelity, or with his label Broken Bow. The exclusion of Jason Aldean could set up as a big night for Luke Bryan.

Whether Taylor Swift would be included in this category was one of the biggest questions heading into these nominations. She’s been a perennial Entertainer nominee for the last half decade. There also seemed to be a slight chance we could see Florida Georgia Line here with the huge year they have had. In the end, Big Machine Records gets shut out, Miranda Lambert is the female representative, and King George shows up yet again, challenging the notion that last year’s win was a parting gift.

This is a two horse race. Luke Bryan has put together an incredible year, and has to be considered the front runner, but George Strait with his touring success can’t be ruled out. Remember at the ACM Awards earlier in 2014 when George got picked over Luke, members of the Luke camp erupted. This duel will be the big drama of the night.

Keith Urban and Miranda Lambert have no chance. Blake Shelton would be the dark horse.

Blake Shelton has been a shoe-in for this distinction the last few years, just as his wife Miranda Lambert has been the shoe-in for the females. But Luke Bryan has to be considered the strongest in the field. If Luke gets locked out of the Entertainer of the Year, the pressure may be to give Luke Bryan Male Vocalist as a consolation prize. Eric Church and Keith Urban are not contenders. Keith is simply the name the CMA’s are using to fill out the lists this year. Dierks has put together a great run with Riser, and would be both the dark horse, and the critical favorite.

Of course the CMA nominates Taylor Swift in this category despite her not considering herself country anymore, though hypothetically this is for the year that just passed—before Taylor made her pop declaration. And lacking any real candidates because of the exclusiveness of mainstream country music, the CMA taps Martina McBride again to fill the 5th spot. Country music is not developing female talent, and perusing this category annually proves this.

Miranda runs away with it.

Since Eric Church’s last album Chief swept this category at the award shows two years ago, he has to be considered a contender. But you just don’t feel the same momentum for The Outsiders. If label politics win out however, he may walk away with it. This is the award the Eric Church camp will be lobbying heaviest for.

But this all feels like it is setting up to be a big night for Luke Bryan, and Crash My Party is a front runner. Keep an eye out for Dierks Bentley too. This would be considered the critical favorite of the bunch. Sorry Keith, you’ve got no chance.

“Follow Your Arrow” would be the winner that would have the media agog over its liberal message in what’s considered a conservative environment, but that subplot may never have a chance to materialize. Fairly wide open field here, but let’s all hope Dallas Davidson doesn’t walk away with any hardware. “Automatic” and “I Hold On” would be the two songs that balance the critical and commercial success a Song of the Year usually needs to win, but if the CMA wants to make a statement, “Follow Your Arrow” may just prevail. There weren’t five better songs out there in country music?

Boy, the CMA’s and mainstream country music are really showing just how bereft they are by these song nominations.

Very cool to see Brandy Clark’s name here, and simply her nomination has to be considered a victory. But she has no chance. Thomas Rhett has been pegged as one of the next country superstars for a few years now, and his pedigree may be enough to best Kip Moore and Cole Swindell, who are the other strong contenders.

Who, who, and who? Once again mainstream country proves how top heavy their talent is, and how terrible they are at developing new acts when it comes to trying to round out these categories with artists that are deserving of such a distinction. The world will end before anyone but Florida Georgia Line walks away with this.

Good to see the Texas scene represented here (at least to some degree) with Eli Young Band. Zac Brown should win it, Lady Antebellum doesn’t have a chance since it’s an off-year for them. Little Big Town is the reigning champion, and there seems to be a lot of energy behind them lately.

Cool to see names like Vince Gill, Paul Franklin, Dolly Parton, and Kenny Rogers show up, but in the end there’s probably only two strong contenders. “We Were Us” would be a dark horse, but its rise and fall on the singles charts was pretty fast. “Somethin’ Bad” shouldn’t be nominated for anything and would be an embarrassment if it won, which it very well might.

So, so blah. So many great videos out there, and we’re nominating “Somethin’ Bad” and “Drunk On A Plane”?

Good to see Paul Franklin land two nominations this year. Normally this is the hardest category to forecast, but you have to feel like Franklin is the front runner for 2014.