Trigger Down with Pop Country 123 Comments 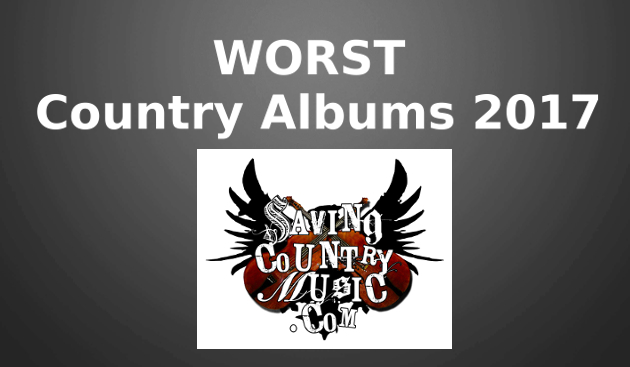 We were so swept up in praising ourselves for all the gains made in the independent realm of country music in 2017, it wasn’t until here in the dwindling moments of the year that we realized just what a dreadful era 2017 posed in the mainstream. Not just from the lack of quality on the upside, but the redefining of the absolute bottom from the downside, it is definitely worth considering 2017 as the worst year in mainstream country music history, and after a few years of of very substantial and measurable gains.

The worst country albums of 2017 most certainly reflect that.

And if you want to know what was good as opposed to just bellyaching about what was bad, then check out Saving Country Music’s 2017 Essential Albums List. 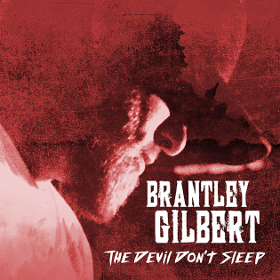 Brantley Gilbert is the Godfather of Bro-Country, the Master of Rural Machismo. And now after those who rode the Bro-Country wave to stardom are left wondering what is next, and looking quite awkward as they try their hands at something more meaningful, Brantley Gilbert isn’t just doubling down, he’s puffing his chest out and digging deeper into the well of cliché and self-ingratiating affirmation than ever before, flipping the bird at detractors.

He’s a roided-out, tatted-up, tribal Tap-Out truck-nutted horn-flashing Jesus-praising meat head who makes no apologies for himself and has built an entire army of fans that are just as hard headed and proud, and will follow Brantley over a bridge if asked.  The Devil Don’t Sleep is the name of Brantley Gilbert’s latest record, and for 15 of the 16 tracks, Brantley doesn’t sleep either. There is no let up, no quarter given to the onslaught on your earholes and inner psyche by Gatling gun rock guitars screaming wildly over waves upon waves of bellicose, testosterone-pumped, carnal yawps about how totally cool and incredibly badass Brantley Gilbert and his compadres are. (read more) 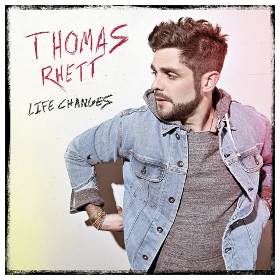 Thomas Rhett’s got nothing. Each performing artist has at least one thing they can hang their hat on that makes them unique and interesting in the entertainment marketplace. Maybe they’re a horrible songwriter, but a great singer. Maybe they have an interesting persona, or are physically attractive. Perhaps they don’t have a whole lot of musical skill, but they can dance (here’s looking at you Luke Bryan).

Rhett’s superpower is complete and total subservience to the image consultants and money changers, without an iota of resistance or lip. Thomas Rhett just shuts up, counts the money, and does his awkward white boy dances as best he can. He’s a good old fashioned hoodwinked American goober who’s probably not a bad guy personally, but has no business being foisted upon a pedestal to have a spotlight shown on him, unless it’s as an example of a raging averageness.

Country only in name and marketing, Life Changes is a boring, fiercely-formulaic, culturally-appropriating Bruno Mars ripoff. I wish this was hyperbole, but having trudged through multiple spins of Life Changes to the great detriment of my will to exist and much soul searching in the choices in career paths, I can dutifully report that it’s consistently terrible, with urbanized annunciations, formulaic phrases and modes, and mere pixels of moments peppered throughout that could be remarked upon positively. It’s pop music, but not even good pop. It’s watered-down, rehashed, risk-averse pap looking to make just enough noise to get noticed, without really saying anything. (read more) 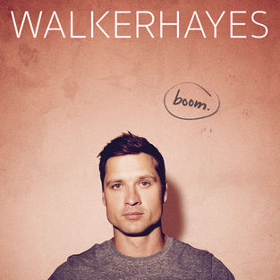 I would rather personally watch my male genitalia cleaved clean off my abdomen with the combination of a rusty maul and a frozen sledge hammer, then strapped up with a Go Pro and my eyes clamped open and forced to watch on a monitor as a carrion bird carries it far away before ultimately descending into some foul-drenched alleyway drowning in refuse to vulturously pull at the bloody and putrefying flesh with its beak and talons, only to regurgitate it hours later after it’s marinated in the most vile hell of scavenger digestive juices, to then be re-consumed eventually by an emaciated mongrel and vomited up again in the middle of the road, and trundled over by heavy vehicles so many times it becomes no more discernible from a spot of grease discarded from the undercarriage of a Toyota than listen to one more electronically-derived and idiotically conceived millisecond of Walker Hayes’ Boom.

Walker Hayes is a complete construct of desperation, and of slavitude to whatever he thinks will sell, along with an assessment from the new Country Music Antichrist, Shane McAnally, who relaunched the old mothballed label Monument Records just to produce and release this piece of shit, and inflict the world with the pussing musical scourge known as Walker Hayes and Boom. Not even Nashville’s unscrupulous major labels would sign off on this it was so terrible. Shane McAnally had to make a label especially for it. Being the principle puppetmaster behind Sam Hunt wasn’t enough for Shane McAnally. Now there should not be a shadow of a doubt left in anyone’s mind what McAnally’s agenda in music is, which is to completely reshape “country” into his own image, which happens to be an extremely urban, stultifying, primarily laptop-composed shitblob served with an almost sadist attitude, and with the sole purpose of making himself lots of fucking money at the direct expense of the intelligence and mental well being of the masses. Selling copies of Boom is like purposely giving people a disease to make a profit. It is cultural poison. (read more)

Luke Bryan – What Makes You Country 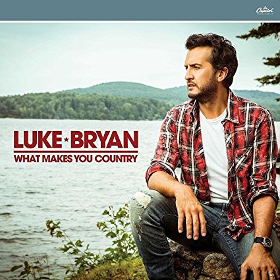 Luke Bryan is the Ronald McDonald of country music. Millions and millions served, even if the fare is nothing more than palatable. So many paychecks and livelihoods beyond Bryan’s own inner circle depend on him taking center stage and shaking his ass for the amusement of millions each year that it is mandated his music delivers in a very well-ordered and predictable manner so that the superstructure of this whole mainstream country music facade is not rocked, lest it topple over and expose everything as the mother of all cultural ruses exploiting the Southern identity. (read more) 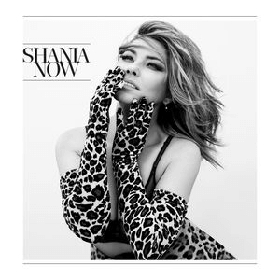 The production of Now couldn’t be more wrong, so much so that it might be an ideal specimen to hold up to the light and diagram in what to avoid in modern music making. At an incredible 16 songs in the deluxe edition, five separate producers credited, and some 15 years in the making, the fact that this is all they could come up with is beyond unconscionable. There’s not really even any variety. Every song seems to be hindered by this insurmountably cloistered, unimaginative, uninspired, poor interpretation of what is relevant in music today, rendering each and every one of these songs excruciatingly disappointing even to those who’d steeled themselves anticipating the lowest rung of measured expectations.

Most notably in the production of Now is the egregious, offensive use of Auto-tune and other vocal enhancements on most all the tracks, rendering an iconic voice from one of country music’s most accomplished performers into nothing more that an objectionably-processed electronically-transmogrified audio signal that at times is so enveloped in digital enhancements, is downright inaudible, and resembles nothing even close to a diminished shade of Shania’s authentic tone. (read more)